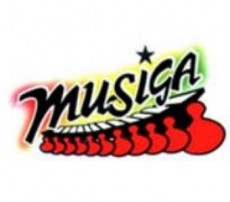 The deputy Minister of Tourism, Culture and Creative Industries Hon. Dzifa Gomashie has bemoaned the negative reportage on happenings in the industry and personal vilifications by some entertainment journalists, entertainment show hosts and panel members on various radio and television entertainment shows. She was speaking during a courtesy call on her by the Musicians Union of Ghana (MUSIGA) during the week.

The visit was to officially congratulate the Minister on her assumption of office and to welcome her to the fold of a new Ministry and also offer the Union’s support for her during her tenure at the Ministry.

Hon Gomashie admonished that decorum, circumspection and due-diligence should be utilized by all persons that are involved in the creative sector, especially when they have the opportunity to speak and write on various subjects pertaining to the sector.

On her part, the Deputy Minister appreciated the gesture by the Union and stated that, she is very committed to ensuring that the entire creative sector is properly managed. She however intimated that although she is an industry player with foreknowledge of many of the gnawing issues confronting the industry, her vision for the creative sector must be in line with the vision of the Minister and the entire ministry.

The delegation from the Union was led by its President, Bice Osei Kufuor (Obour) together with some Executives and members of the Union. In his speech, the President expressed his delight at the formation of a new Ministry for the creative industries and was particularly excited about the fact that, the Deputy Minister has been and still is a strong player in the industry. He assured her of the Union’s support for the Ministry in the bid to push the industry to new heights.

The Deputy Minister also expressed her worry over the seeming confusion and in-fighting amongst the many groupings within the creative industries. She stated that, it would be to the benefit of the sector if it is represented as a united front which will facilitate meaningful progress for the industry.

She called on the Union and the entire sector to support her in prayers and in deeds in order to make the Ministry successful, sustainable and progressive.