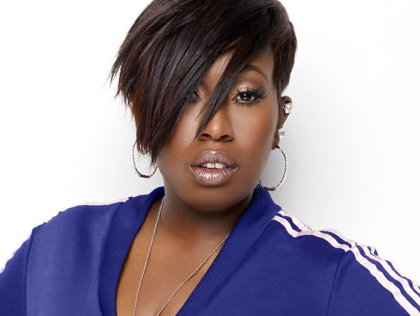 Missy Elliott called into the Sway in the Morning showyesterday (February 5) to talk about her performance during halftime at the Super Bowl, the recent success of her previously released records, and Young Thug’s comments in GQ, regarding Jay Z being too old to rap.

Missy told the radio show host that although she’s been performing for over 20 years, leading up to Super Bowl night, she began to suffer from anxiety attacks. To calm her nerves on game day, she “prayed all the way to the stage.”

“I thank Katy,” Missy says within the 16-minute phone call.  “She could have picked any artist and it was big for her so, most artists would probably be like let me get somebody that’s on the top of the charts and make my joint go even higher.

“She said that she was a fan of mine. That meant a lot…We did a record together and I thought I was going to come out on the record we did together and she said, ‘I want you to do your records’ and I’m like ‘wow’, she said to me, ‘god got you here for a reason.”

Days after Missy’s triumphant return, each of the songs she performed during the halftime show – “Work It”, “Get Your Freak On” and “Lose Control” – began to sell more on iTunes and her song streams boosted on Spotify.

Additionally, since the “Supa Dupa Fly” rapper hasn’t released a studio album in nearly ten years, many younger fans perceived her to be a new artist.

“I’ve been getting a lot of [tour] offers,” Missy told Sway. “I’m trying to figure out what I’m going to do next.”

“Talent is talent and it’s timeless, that’s just my take on it,” she added.