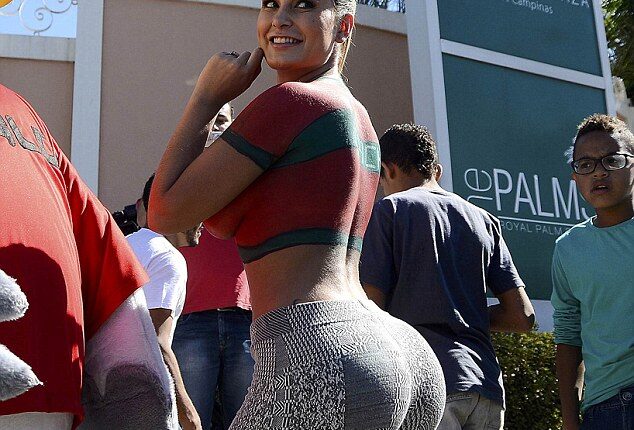 Andressa Urach, is in a ‘serious condition’ in a hospital in the southern city of Porto Alegre after removing gel from her thighs, which had previously been injected for cosmetic purposes.

The 27-year-old’s surgery wounds became infected following a second operation to drain her thighs and she is currently being sedated, her mother Marisete De Favari said.

Miss Urach came second in the 2012 Miss Bumbum competition, which scours Brazil for the most attractive behind in the land.

Ahead of the competition, Miss Urach, who hit headlines around the world after claiming she had had an affair with footballer Cristiano Ronaldo, a claim he strenuously denied, had injected two types of ‘body fillers’, hydrogel and PMMA, into the upper legs to fill out the thighs and lift her bottom.

In July this year the model discovered that the products were causing her leg muscles to rot, leaving her in excruciating pain.