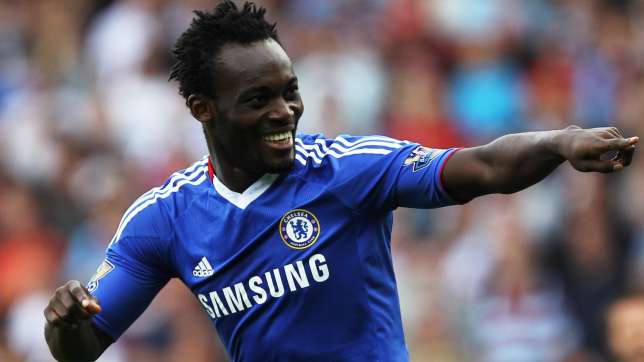 Michael Essien has been ranked as Chelsea’s 2nd best African Player of all time in the English Premier League. The Ghanaian midfielder was ranked just behind Cote d’Ivoire’s Didier Drogba and ahead of Nigeria’s John Obi Mikel in the ranking by ESPN.

According to ESPN, Essien was chosen because, despite the fact that he had a shaky start at the Chelsea, he proved himself with his extraordinary tackling techniques. These techniques by Essien placed terror in fans of opposing teams but made him a star at Stamford Bridge.


Essien went ahead to win 4 FA cups with Chelsea and also two English Premiership trophies, a fit only a few can achieve. Michael Essien in action for Ghana During his final days at the club, Essien was sidelined a lot as injury did not allow him to show his very best as a once budding talent was now only a substitute for his coach.

But he was able to clinch the Champions League in 2012 despite not being used much of that season. Nowadays Essien has decided to spend the rest of his playing career in Far East Indonesia where he joined the club Persib and has become an instant superstar.