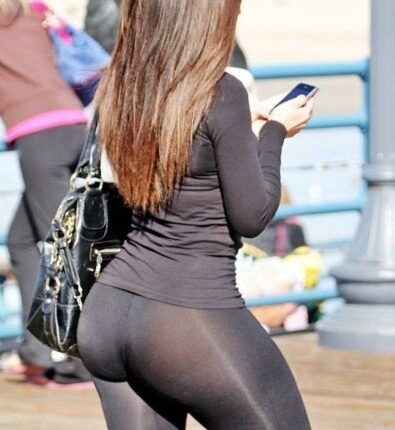 Last week, the yoga-inspired athletic company had to recall 17 percent of the pants (sold for roughly $100 each) bought between March 1 and March 8.

The reason? Their yoga pants’ fabric was too see-through, inspiring a wave of jokes across the Internet and whiplash among men across North America.

The company posted on its blog:

At the beginning of March, Lululemon stores and ecommerce site received some black luon women’s bottoms that didn’t meet our high standards.The materials used were the same but the coverage was not, resulting in increased sheerness. We want you to Down Dog and Crow with confidence.

We felt these pants didn’t measure up.

For unknown reasons, the company wouldn’t disclose which pants were affected by the glitch, explaining only their relationship with manufacturer Eclat Textile:

The items affected are certain styles of women’s bottoms in our signature black Luon fabric” and that they “have not yet determined the cause of the sheerness.

Lululemon invited customers to return any pants they bought online or in stores for a full refund/exchange but one blogger who tried to return her pair was shocked.


I went into my local store to return my Astro pants and Invert crops, both purchased this month. I was asked to BEND OVER in order to determine sheerness.

The sales associate then perused my butt in the dim lighting of the change room and deemed them ‘not sheer’ … I felt degraded at how this is being handled.

I called the GEC to confirm this is their protocol, and they verified that yes, the “educators” will verify sheerness by asking the customer to bend over.

Others report similar experiences, adding another layer of controversy to a story that really shouldn’t be news in the first place, but girls love their yoga pants.

Not just while doing yoga, either. For some reason these have become acceptable while out for a stroll, at the grocery store, holiday dinners, you name it.

We’re not complaining, but it’s notable.