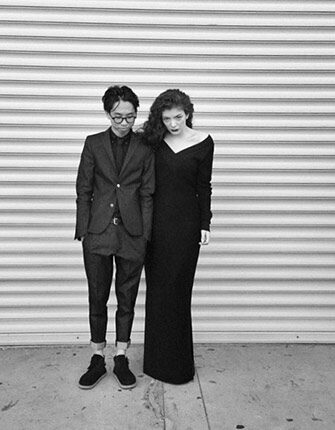 “Royals” crooner Lorde fell victim to racial abuse online after photos of her and her Asian boyfriend James Lowe surfaced. The abuse has been reported as a revenge from One Direction and Justin Bieber’s fans who got angry after Lorde allegedly called them “ugly” and “overrated”.

Although there is no record of Lorde dissing the British boy band and Bieber, she was the subject of hatred on Twitter. “What the f**k is lorde and that chinese sort of ostrich boyfriend anyway,” wrote @whosxays. Some of the Twitter users called Lowe “PSY gone wrong” and “captain of chess club”. @xxamandaax posted a picture of Lorde and Lowe on the beach with the caption, “I hope this frightening image of lorde and her boyfriend helps you get through today.”

Lorde, aged 17, has not confirmed that she is dating Lowe, who is a 24-year-old photographer. The Grammy-nominated singer has remained silent on the cyber attack although she frequently communicates with her followers.

Lorde has no record on attacking 1D and Bieber but she has openly criticized Selena Gomez, Taylor Swift and Nicki Minaj for their anti-feminist music and appearance. “I have pretty strong morals and opinions being in pop music, and I can’t help but express those, which I think people appreciate,” she told MTV in October. “I mean, I don’t think I say anything that isn’t backed up. Most of the time I will stand by things that I’ve said.”