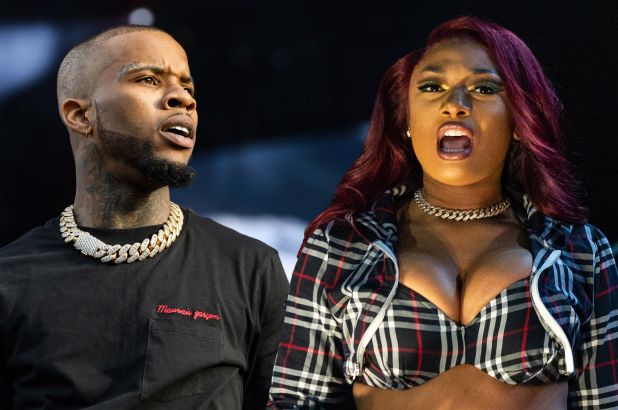 Over 2 months after Megan Thee Stallion was shot, Tory Lanez addressed the incident with several lyrics in a song off his newly released album ‘DAYSTAR:

Tory Lanez, 28, has broken his silence about the shooting of Megan Thee Stallion, 25.

The Canadian rapper addressed the incident on Thursday, Sept. 24 in his just-released song “Money Over Fallouts.” The song —which is one of 17 tracks on his latest album DAYSTAR- opens with audio clips of media talking and speculating about what happened with Megan.

“Megan, people tryin’ to frame me for a shooting/How the f-you get shot in yo foot it don’t hit no bones or tendons? How the f— is your team tryna’ pay me in millions?” he says.

In another part of the song, he raps, “I ain’t charged with no cases” and “Girl, you had the nerve to write that statement on an affidavit/Knowing I ain’t do it but I’m coming at my truest.”