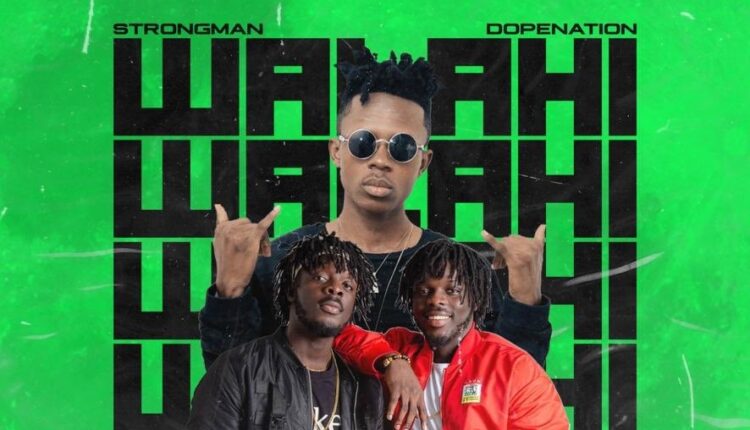 Strongman teams up with duo DopeNation for a potential banger titled ‘Walahi’; Produced by KC Beatz.

Walahi comes off as the third single off Strongman’s upcoming 10am album which has already been enjoying massive admiration from the already released singles thus Pilolo & Bossu.

Knowns for been one of the best rappers in Ghana, Strongman decides to flaunt his creative prowess on Walahi which is a danceable tune with DopeNation adding their magical spice to it.

The chemistry between Strongman and DOpeNation on this song will certainly compel fans to ask for more collaborative projects from them.

Get your dancing shows on and stat dancing