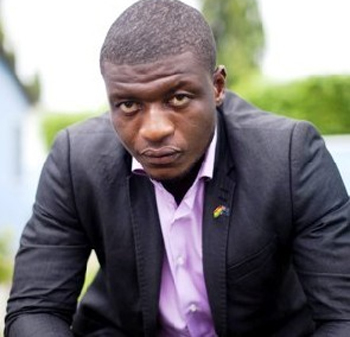 Although the news of Bola Ray’s exit from Accra based Multi media outfit Joy FM was unexpected and hit me like a bullet, I was not too surprised since the radio terrain is characterised by such moves by radio personalities.

After 11 years of quality presentation, it is an undeniable fact that Bola played a huge role for the outfit and his departure would leave a great hole to be filled but don’t worry at all because the next suitable person is just next door and that is Kwame Sakyiamah otherwise known by majority of people and myself as Lexis Bill.

A graduate from the Kwame Nkrumah University of Science and Technology and with a great knowledge of how to massage a listener’s mind, you don’t have any problem.

Starting his radio adventure in the studios of Focus FM on KNUST campus where I was trained as well, one would just believe Lexis Bill was carved for radio and deserved the best he could ever get from that field.

His stint with Focus FM was short-lived as he had to move from there to join the family at Imperial Broadcasting House, Kapital Radio in Kumasi.

His inclusion to the family brought a new sense of approach and a fresh breeze as his great sense of humour and dexterity at his presentation caught everyone’s attention. Not only was he a presenter to watch, he also caused a change on radio in Kumasi as his choice of music would leave you to marvel.

A great collector of music, he gave background information to virtually song he played leaving the listener to feel a part of his shows. His thematic radio shows was exceptional, something a few radio presenters could do. In fact, he left a great shoe for me to occupy at Kapital Radio where I still work but gradually, I settled in, lol.

He then moved to Radio Xtacy, a new radio station which was established in Kumasi to serve the youth at heart (A YFM kind of radio station in Kumasi) but could not last. The station collapsed some few years due to unknown reasons.

Although Lexis Bill did not spend so many years there, his impact was just amazing as he was the toast of every youth in the Garden City. He also doubled as a programmes Manager on the networked.

Lexis Bill from Kumasi then moved straight to Accra where most radio presenters from the Garden City aspire to be due to better conditions of service and respect for Showbiz. Lexis Bill then took over the morning show on Hitz FM where every reader of this post who ever listened to him would attest to the fact that he was just the dude to watch out for.

Reviews online and on social media proved a point that in fact, the young dude had finally settled in the right environment. He was then moved to the partner station Joy FM where he had been hosting the late night show, a show he has taken absolute command over and warmed himself into the hearts of many.

He is just a player, I mean he fits any show and not exactly what you are thinking of, lol.Regularly, he sat in for Doreen Andoh and also partnered Bola Ray on the Drive time show during which he delivered as well.

Just like any ardent follower of the Multimedia outfit, presenters are normally paired just to settle in to shows they may be taking over and hence my conviction that Lexis Bill would be just the perfect replacement for Bola Ray.

This would not be the first time the brother has done this and it would not be a new thing for him. He has delivered on all occasions and I will not be surprised if he takes over fully as the host of Joy FM’s drive time show.

Video for official theme song for Black stars out

Video: Lilwin Arrives in USA ahead of June 20 concert

Video: No One Will Support You Unless They Have A Personal Interest…