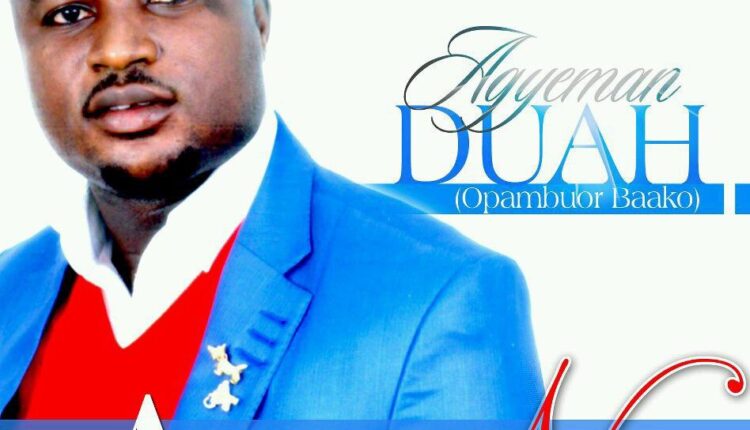 After two years of “seeing the light” despite many years of  sojourning the secular world, former hiplife musician and member of defunct music group “Ancestors” has released his first Gospel album titled “Asem No”.

Now under the name of Agyemang Opamboour Baako, he in a recent interview disclosed to NY DJ on Kapital Radio in Kumasi how different both worlds were and the challenges he had to encounter as a hiplife artist. Fomer Lazy Dogg who was well known for his strong stage performance said the 10 track album “is a true reflection of my life experience as an artist”.

Agyemang Opamboour Baako is now a member of the Fire Rock Ministries where he worships with converted music producer Morris D’ Voice.

The album has been released in Kumasi where it is already enjoying massive airplay and sales. He has however asked producers to come to his aid as the project is worth it.

Listen to “Si Fom” (Step Down) by Agyemang Opamboour Baako.