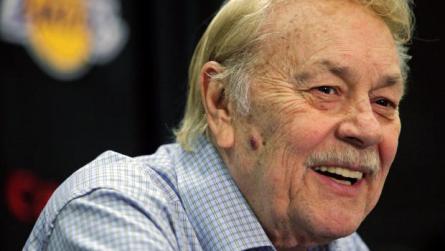 Buss died at Cedars-Sinai Medical Centre in Los Angeles, said Bob Steiner, his assistant. He was 80.

He’d been hospitalised for cancer, but the immediate cause of death was kidney failure, Steiner said.

Under Buss’ leadership since 1979, the Lakers became Southern California’s most beloved sports franchise and a worldwide extension of Hollywood glamour. Buss acquired, nurtured and befriended a staggering array of talented players and basketball minds during his Hall of Fame tenure.