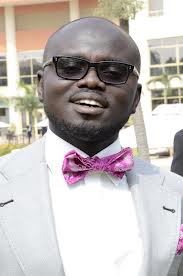 Fennec Okyere, former Kwaw Kese’s manager whose death took the entire entertainment industry by shock on Thursday 13th March, 2014 after armed robbers broke into his Spintex road house will finally be laid to rest on April 26, 2014 in Accra.

Member of Parliament (MP) for Ablekuma West and spokesperson for the family, Ursula Owusu Ekufful made this information available and disclosed plans were far advanced to give Fennec a befitting burial.

She disclosed there will be no wake keeping and the burial service will take place on Saturday April 26, 2014 at the forecourt of Accra International Trade fair Centre.

His body will be laid in state briefly from 7am to 9am on the same Saturday morning for the general thence for a private burial after the service.

The Ghanaian police is yet to make any official statement as to who the perpetrators of the gruesome act were.

Prior to his death, Fennec Okyere had reported of several threats. Read more from here.

Jada Pinkett Smith Admits Having A Relationship With August Alsina…