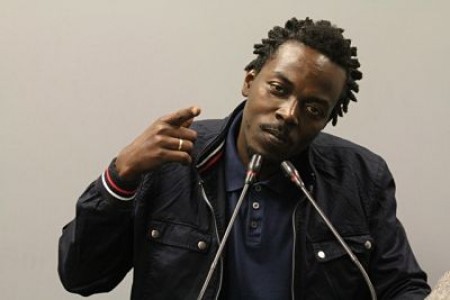 The acclaimed king of the street, Kwaw Kese has for the first time reacted to calls by CEO of Bullhaus production for him to be arrested for disrupting the announcement of the winner of season 3 of the Vodafone Icons show.

Incensed by Kwaw’s act, Bulldog, known in real life as Lawrence Hanson, called for the Hiplife artiste to be arrested.

But speaking in an exclusive interview with Joy News’ Gladys Osei Owiredu Kwaw said “Bulldog has rather made himself popular by commenting on someone as important as me, Ghana’s most wanted and a very important person.”

He conceded though that Bulldog had every right to express his opinion on any issue but was also quick to congratulate Bulldog.

“ I will say kudos to bull dog for making me popular and in the process gaining some for himself ” .

Asked about why he disrupted the finale of the event by walking onto the stage uninvited, the man affectionately called Abodam meaning madness said he would give more details about what prompted the move at a press conference he will address soon.

Meanwhile Budda, Kwaw Kese’s junior brother has said Kwaw’s Kanye move was the least of what he was capable of doing when angry.

Budda is currently working on a new song with the Illuminati hit maker, Sarkodie which is expected to be released soon.