Kwaisey Pee Doesn’t Know The Job His Brother Criss Waddle Does – Why Do You Want to Know? 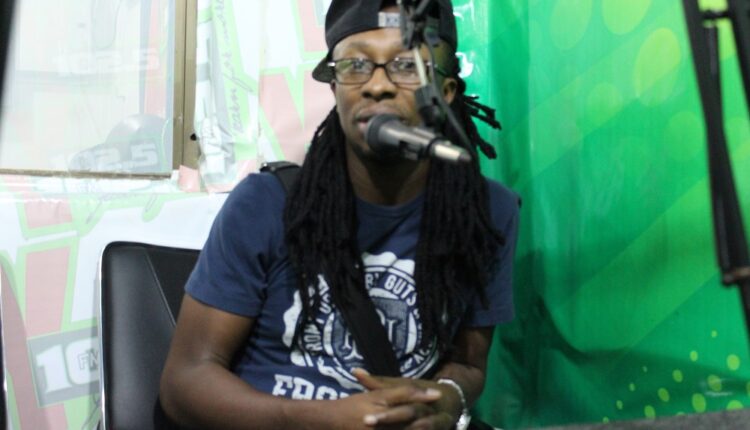 Often, many have asked the kind of job CEO of AMG Business and musician Criss Waddle does. This question comes about often simply because of the exotic life the musician lives and how he flaunts his cars, shoes and properties on picture sharing website Instagram.

Well, as inquisitive as many are, his blood brother doesn’t even know the kind of job he does and doesn’t think it’s necessary to know.

Born to the same father (legendary artist, Agyeiku of Serwaa Akoto fame) but with different mothers, Ghanaian high life singer Kwesi Pee says he has no idea what job his brother does.


As monitored by Ghana’s Hub For Pop Culture & Entertainment News – www.nydjlive.com, Kwaisey Pee in answering a question posed by a listener on Angel FM in Kumasi said they were both adults and he (Kwaisey Pee) didn’t see the need to investigate or poke his nose into the brother’s business.

“We don’t live in the same house. He’s an adult just like myself. He’s my father’s son so I don’t think I need to investigate him or poke my nose to find out what he does.

Besides, once asked in an interview about why he does hip-life unlike me, he said I (Kwaisey P) was following my dad’s steps and he’s doing his own thing too so that’s it.”

Criss Waddle in a recently interview revealed he was a professional plumber and that’s how he makes his money.

Speaking to Dr. Pounds on Hitz FM, he said;

“Those days I used to repair bicycles. You know I had to fix bicycle at a point in my hustle life, so the plumbing business is just another skill I have and use.

I’ve been a plumber for some time now, but my charge is very expensive but yes, I’m still available to work on plumbing works for people who are interested. So aside music, plumbing is where I make most of my money.”

Kwaisey Pee has been in the capital of the Ashanti Region, Kumasi where he is promoting his new single which features Flowking Stone.

Got A Good Script BUT Hard On Cash? Award Winning A-FX Multimedia Is Ready to HELP You Produce