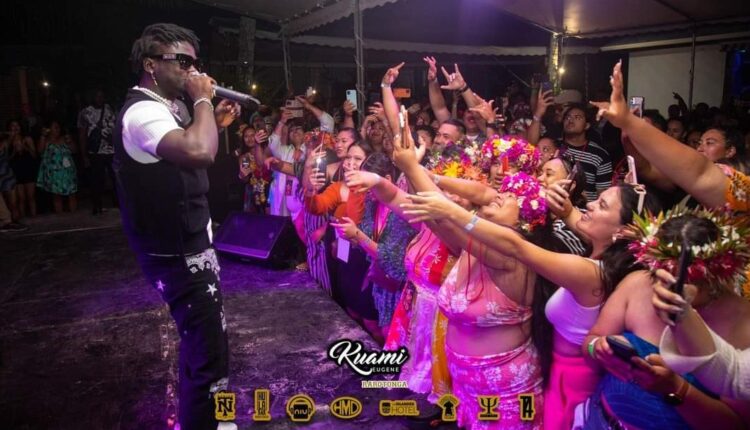 The artiste’s Australia tour commenced in the island of Rarotonga in the central South Pacific on 19th October, 2022.

Kuami Eugene was warmly welcomed to the most populous community of the Cook Islands upon his arrival.

This is how @KuamiEugene was welcomed at the Auckland airport in New Zealand. Beautiful ✊🏽 pic.twitter.com/KCrxr8hYRo

On the shores of the Rarotonga beach, expectant fans turned out in their numbers to see one of their favorite acts.

The singer impressed patrons with a thrilling performance of some of his biggest hits.

Together with DJ Vyrusky, the Ghanaian acts dished out tunes like ‘Wish Me Well’, ‘Take Away’, ‘Killing Me Softly’, ‘Confusion’, ‘Angela’ and many other hits to the excitement of fans.

Kuami Eugene’s Australia tour makes its next stop at the 2022 Nesian Festival on October 22.