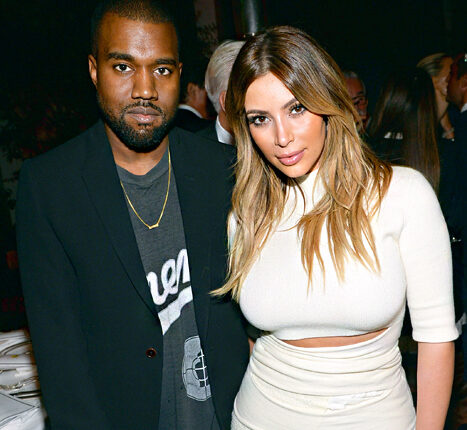 Fit for a queen! Kim Kardashian and Kanye West are planning their very own royal wedding of sorts. The famously over-the-top couple have set their sights on France’s famed Palace of Versailles for their much-anticipated nuptials, the new issue of Us Weekly reveals.

“Kanye has never been married and wants a big [wedding],” a source tells Us of the “Bound 2” rapper, 36, who has a 6-month-old daughter, North, with his fiancee. Adds another insider: “They are not working with a budget.”

Indeed, West seems to live by the motto “Go big or go home.” When he proposed to Kardashian, 33, in October, he hired a 50-piece orchestra and rented out San Francisco’s AT&T Park, which lit up with the words “PLEEEASE MARRY MEEEE!!!” on a giant screen.
His fiancee is no stranger to spectacle, either. She said “I do” to NBA player Kris Humphries in an extravagant $10 million wedding in August 2011, only to file for divorce 72 days later.
Us Weekly was not able to confirm, but sources say top wedding planner to the stars Sharon Sacks has most likely been chosen to plan the event. Sacks has planned parties for the Kardashian family for years.