Kim Kardashian and Kanye West to Welcome a Daughter 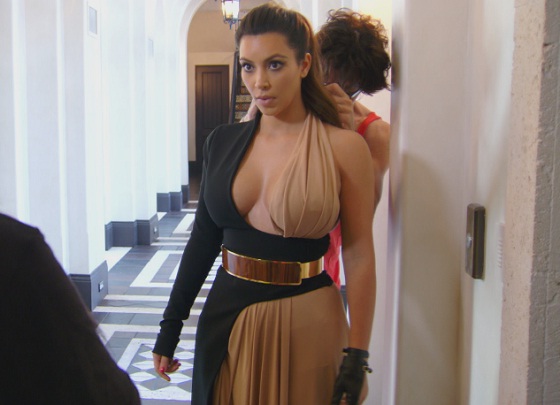 Kim K. and Kanye West are soon going to be parents of a baby girl. Kim K, who is due to give birth in July, let the cat out of the bag in the season eight premiere episode of “Keeping Up with the Kardashians”. She said; “I’m so excited we’re having a girl.” and added, “Who doesn’t want a girl? They’re the best and I know that’s really what Kanye has always wanted. He wanted a little girl.”

Sisters Khloe Kardashian and Kourtney Kardashian and mom Kris Jenner, who joined her along during the doctor appointment, looked excited to know the sex of Kim’s baby. Kris asked the doctor when they were in examination room, “Do you see a little peepee?” The doctor said, “I don’t see any peepees.” He announced that she would be a mother of a baby girl.