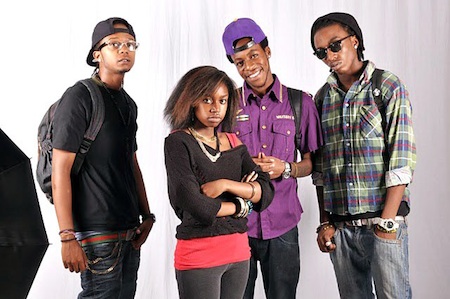 After several weeks of skirting around the issue, SubSahara Records have finally confirmed that Camp Mulla has been split in half.

The split was most evident at the recent MTV All Stars Concert in Durban, South Africa, where Shappaman and Kus Ma represented the Camp with help from rapper Collo and the fresh faced Tiri. The questions raised may have forced the record label to come clean on the issue.

Thee MC Africa told DStv Online that he closed the door on Camp Mulla to ‘recreate himself’.

“I am working on a lot of new music with a fresh new sound that I don’t think has been experienced in Kenya. It’s a very unique sound that I can’t really explain. You will have to just hear it,” he said, revealing that he has worked with former bandmate Miss Karun on one of his upcoming tracks.

“Basically I am looking at less flashy, informative music, you know… like mind music, which is pro-Africa. Not that I’m going to sound like Fela Kuti or anything, but I want to rap about what matters to me.”

The statement from SubSahara reads that Miss Karun will be headed to the US in August to join a University there and thus would not be able to continue being a part of Camp Mulla, which will still be made up of Shappaman and Kus Ma.

As the duo grace the stage with the likes of Snoop Lion, Thee MC Africa will have to start from scratch.

“Even the name Thee MC Africa might change. I think it won’t be until much later this year that me as a solo artiste will take shape in people’s minds. I have been working with producers like Blinky Bill (Just a Band), Jaaz Odongo and Electrique DJs and my single will be out sometime next month. However, a collabo I did with a very strong artist should be released in two weeks or so,” he says.