K. Michelle Admits Her Album is All About Idris Elba 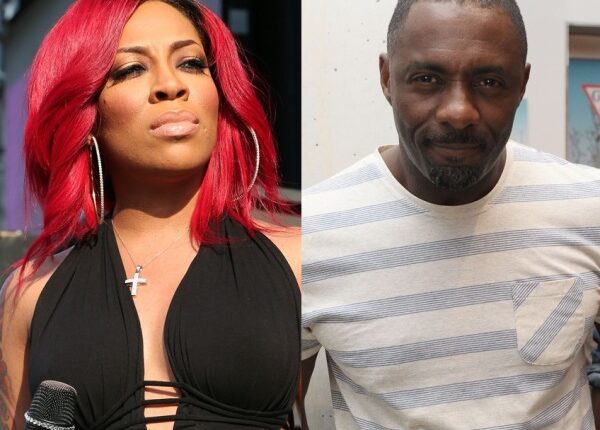 K. Michelle seems not over with Hollywood star Idris Elba and has finally admitted her new album is all about the former boyfriend.

The “Maybe I Should Have Called” singer finally came clear on speculations that her album is about Idris. In an interview on the Breakfast Club, K. Michelle admitted Idris had a fair idea of the album before it was released.

In an earlier interview, the songstress admitted she still loved Idris.

On the album being about Idris:

“Yeah, [this album is about Idris Elba]. I’m not going to sit up here and lie to y’all.”

On how their fling affected his relationship with his son’s mother, Naiyana Garth:

On if he’s actually in a relationship with Naiyana:

On Idris hearing the album:

“I sent him these records before they came out. He said, ‘This is art. I hate that we’re at this place.’”

“We had such a creative situation and relationship that I thank him for a lot of things. He brought that music out of me. He taught me a lot.”

“It’s no hate for Idris. He actually was a good man and my thing is you have to go raise your child and what I’m not going to do is get in the way of that. I’m not in the way of his baby mother and his family right now. I’ve been a woman.”

“He had the baby and it was just kind of like, I’m not going to be in the middle of this so I walked away from it. What kind of woman am I to say, ‘Okay, leave your family and come and be with me.’”

“I think that as a woman I did the right thing.”

“When he first tried to talk to me I told him: ‘Your jeans too tight.’ I met him out at the Soul Train Awards and he said with that accent, ‘Hi K. Michelle, I think you’re beautiful.’ I thought he was fine, but I never liked him. You know, I wanted the rappers.”

“We went through things [and dated for] about 8 months.”

“I wasn’t used to a man who got up in the morning, put on Burberry and tight slacks.”

On what he said about their relationship:

“He told me we had a future. He directed my opera for free!”