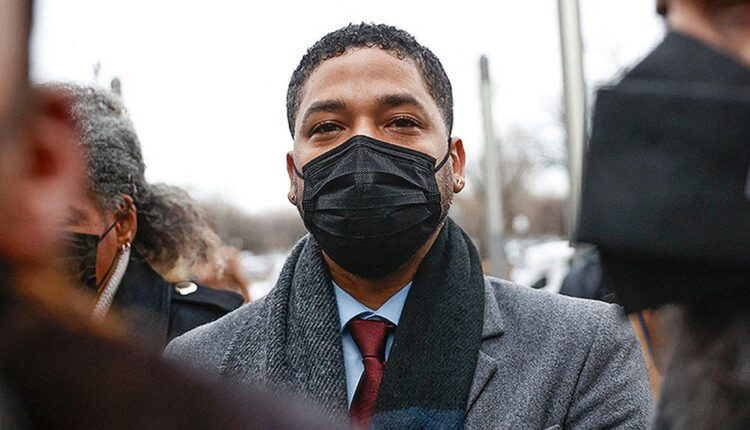 Former “Empire” actor Jussie Smollett has been sentenced to 30 months of felony probation, including 150 days in jail, and ordered to pay restitution of more than $120,000 and a $25,000 fine for making false reports to police that he was the victim of a hate crime in January 2019.

After the judge announced his sentence, Smollett lowered his face mask and said he was innocent.

“Your honour, I respect you and I respect the jury, but I did not do this,” the actor told the judge, before turning to the court. “And I am not suicidal. And if anything happens to me when I go in there, I did not do it to myself. And you must all know that.”

Just before he was taken into custody, the actor yelled again that he was innocent and raised a fist in the air.

Cook County Judge James Linn spoke for more than 30 minutes before announcing Smollett’s sentence, telling the actor that he wrote the script and picked the actors for the hoax and that his premeditation for the act was an “aggravating factor” in the case.

“There’s a side of you that has this arrogance, and selfishness and narcissism that’s just disgraceful,” the judge said.

Smollett, 39, was found guilty in December on five counts of felony disorderly conduct for making false reports about what he said was an anti-gay and anti-Black hate crime. The actor, who is Black and gay, told Chicago police that on a frigid night in January 2019 two unknown men attacked him, yelled racist and homophobic slurs at him, poured bleach on him and wrapped a noose around his neck.