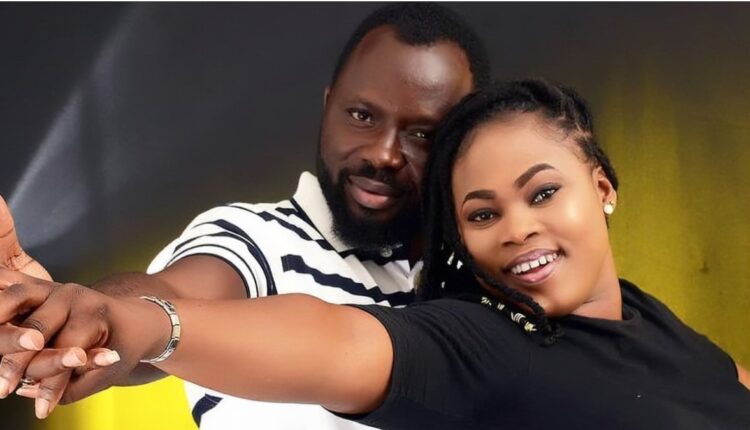 Aside from having unreconcilable marital challenges, Dave Joy feels ‘hurt’ by a recent statement issued by the wife’s management suggesting that a ‘drunken’ video that has gone viral was recorded for him.

Speaking in an interview monitored by www.nydjlive.com, Dave Joy debunked the portion of the statement and alleged that the video was rather recorded for a certain Kwame.

He would however not give further details.

“I’m hurt because the video was recorded for a certain Kwame whereas I am also called Kwabena Gyamfi. I just want Ghanaians to know that the viral video was not recorded for me.

She did the video at the time we were married. She was seen wearing my ring in the video. She didn’t record that video for me. Until it went viral, I had not even seen it,” he said.

Watch the video interview below.

On Thursday, June 16, 2022, Joyce Blessing’s management in a statement advised the public to disregard the new spin on the video which seems to portray the artist in a bad light.

The statement further explained that the leaked video is an old video of a loving wife expressing private feelings to her husband.

Parts of the statement read;

“Management of Joyce Blessing wishes the general public to disregard the spin be placed on a viral video currently circulating on social media to place Joyce Blessing in a bad light.

This video is first of all an old video of a loving wife expressing private feelings to her husband and the contents were not meant to be circulated publicly.”