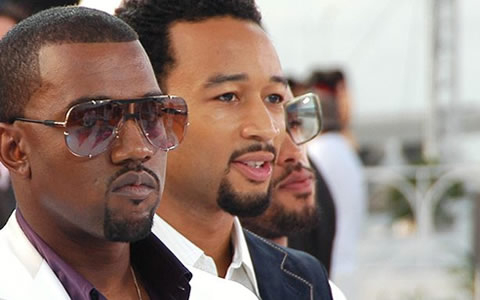 John Legend has warned his rapper friend Kanye West that his fiancee Kim Kardashian’s reality Tv show may place an extra strain on their relationship.

The Ordinary People hitmaker has turned down the chance to front a reality series with his model wife, Chrissy Teigen, convinced such projects can spell disasters for a relationship — and he has urged the Stronger rapper to think twice before turning his romance into a Tv spectacle.

Legend tells BANG Showbiz, “I don’t know what Kanye is doing with the show (Keeping Up With The Kardashians). To this point, he’s made minor appearances but it’s not been all about their relationship. It’s really hard to do that on television and I think it’s dangerous for a relationship.”

However the singer did reveal that Teigen is keen to give reality Tv a shot: “I think there are all kinds of unscripted television and I think Chrissy’s keen to do the right kind, but not the, ‘Let’s watch John and Chrissy be married’ kind, it’s not really healthy for our relationship… We don’t want to put our relationship on television, I think we share enough as it is.”