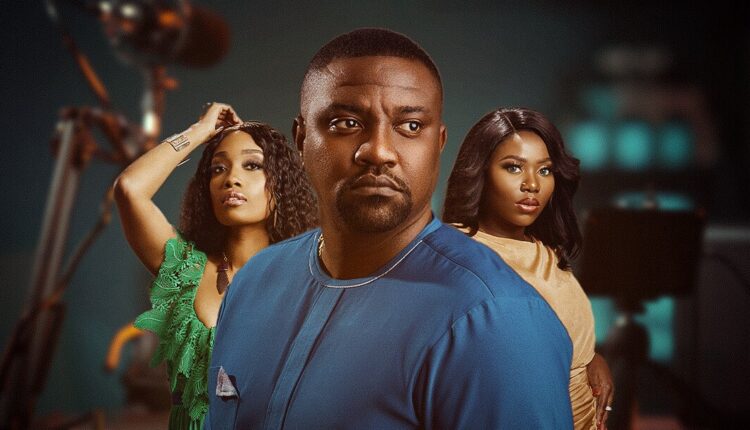 What happens when a radio host is caught in the middle of a career-ending scandal?

Set in Accra, the Akwaaba Magic series is based on the creators of an infamous radio show which gains notoriety for airing the sex scandals of celebrities and politicians to compete to stay in business and ahead of the competition.

At the centre of Dirty Laundry is Tony (played by Dumelo, ENO), a respected and professionally trained radio presenter who believes in playing it by the book. Tony, who also doubles as the programmes director for Uptown FM, believes firmly in the sanctity of the media and prides himself in not yielding to the low standards of the modern media landscape “polluted by social media bloggers and uneducated journalists”. Even when Uptown FM starts to fall behind in listenership, he maintains this position to the annoyance of his colleagues and bosses, believing that one day the tide will turn.

Tony is described as a “good guy who believes so much in his own ideals and doesn’t care about anyone else’s feelings.” But he’s about to find out that trouble can find even the most upright men.

When he is hired to MC an upcoming high-profile wedding, Tony falls for the soon-to-be bride Marie, just weeks to the wedding. It gets more complicated: Marie’s husband-to-be is the son of an influential politician and doesn’t take kindly to betrayal. Soon, Tony finds himself embroiled in a scandal of his own when Marie accuses him of sexual assault – the very kind of story that is fodder for Uptown FM.

Now he must fight not only for his freedom but also for his job and impeccable reputation.

Catch Dirty Laundry now streaming on Showmax, with new episodes releasing weekly as soon as they air on Akwaaba Magic.

Also, catch a brand-new season of the Ghanaian comedy series Co-Habits that follows a young couple who navigate side-splitting reality checks when they decide to test-drive their marriage by discreetly cohabiting to reduce their chances of divorce. Season 2 sees them explore options of owning a small home together and the financial and personal challenges that come with it.