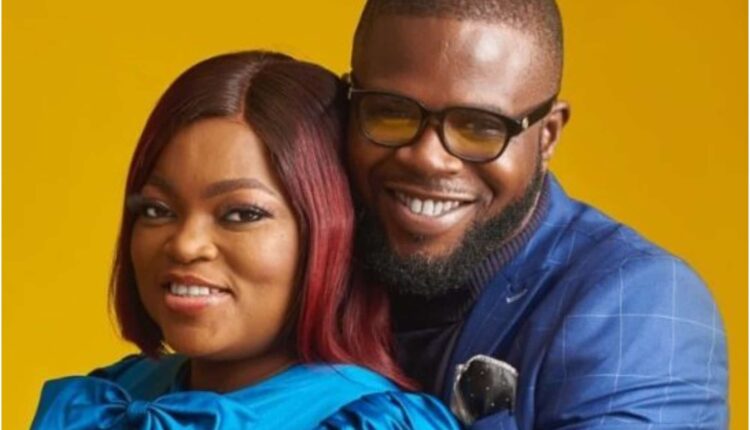 Movie producer and former singer, Abdul Bello better known as JJC Skills has announced the dissolution of his marriage to Funke Akindele.

JJC Skills admitted that the marriage has been having issues for two years.

He confirmed that Funke Akindele asked him to leave her house and has refused any form of amicable communication with him.

According to him, their marriage is now beyond repairs and at the time of making the announcement, he is looking at how they can co-parent with ease and manage their joint business.

“Dear friends and family I need to let you know that Funke and I have separated. While it lasted we shared a lot of things together and have created 2 beautiful children. The last two years have been extremely difficult for us. I know I have tried my best to fix things but I believe it is beyond repair now. 3 months ago and at Funke’s insistence.

I moved out of the house and apart from AMVCA have not been able to get Funke to sit down in an amicable matter to discuss the future of our relationship. I’m making this announcement so that the public is clear that we both are pursuing separate lives. We still have issues that need to be addressed such as custody and wellbeing of our children which is paramount as well as business interests which need to be disentangled but I have no doubt that these will be resolved one way or the other”.

Funke Akindele had broken her silence on her rumoured breakup with her husband, JJC Skillz by pretending that all was well in her marriage.

Funke’s decision to celebrate her husband, JJC Skillz on father’s day has quenched a lot of rumours that the couples had gone their separate ways.

According to the mother of two in her post on her official Instagram page, JJC is a wonderful and caring father. The 44-year-old also used the medium to appreciate the singer and also to pray for him.