Jim Iyke’s ex-fiancee denies being humiliated. “It was an act” 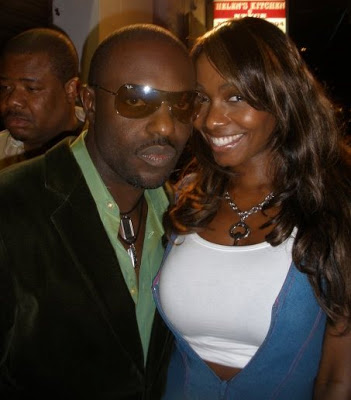 Last week , Jim Iyke’s publicist in a statement denied any amorous relationship with Ghanaian actress Nadia Buari because he was still in a relationship with his Jamaican fiancee, Keturah Hamilton. However, according to a statement released today by Keturah’s camp, she and Jim Iyke are no longer a couple. They actually broke up a while back. And she also claimed that Jim’s reality show and her role in it was all scripted and does not see why the media posed it in a different agenda. See the statement from Keturah’s publicist below…

Keturah Hamilton, model, actress, and ex-fiancee of Jim Iyke is ready to tell the real story after the Jim Iyke Unscripted show that aired on April 17, 2013.

In a world where reality shows are an “In-thing” and bad behavior becomes the A.M. topic to cover, leave it to Jim Iyke Unscripted or better said the “_Scripted_” show to deliver real life drama. The episode that aired on April 17, 2013, did not disappoint the viewers who were glued to their TV’s watching Keturah Hamilton’s role that was none the less excellent! She was really able to bring her character to the next level of entertainment.
Keturah Hamilton had acted out an edgy script of jealousy and rage towards Jim Iyke, that was delivered as well as any actress in Hollywood. Keturah was so good that even her fans were astonished to see how well she acted and was able to challenge Jim on his bad behavior. Boldly, Jim gave Keturah the opportunity to exit the reality show based on the controversial episode. Even though a pre-recorded version of “Kiss and Make-up” was on stand-by to be aired, Keturah already had made her decision.

For the time being, Jim Iyke and Keturah Hamilton are no longer together because in reality, Jim’s bad boy behavior was just too overwhelming for the reality star. Keturah has decided to move on to the bigger and better things that her heart has long been looking to do. She quotes, “I wish Jim well on his show and hope that he matures into the man I always wanted him to be!”