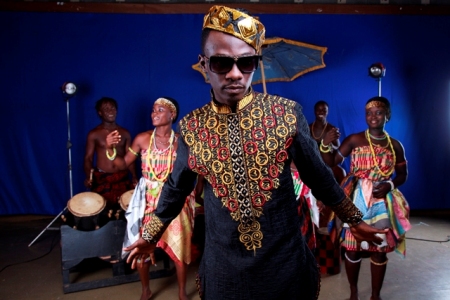 Contrary to reports that made headlines on many Ghanaian blogs last week that stated that Ghana’s Rap Doctpor, Kwame Nsiah Appau aka Okyeame Kwame had abandoned his own website and taken on a new job as a blogger on another website, the musician has doubted the credibility of the source since no one had contacted him on websites offline status now.

In an interview with www.nydjlive.com, Okyeame Kwame disclosed his website was only down for maintenance as the web developers were briskly building the new site to suit his “brand” as an artist and business man, a one-stop website where all relevant information on him and his works, projects and tours could be easily accessed.

He further stated that upon completion of the site, it shall be synchronized with his current blog on Ghanaweb which will make it far more easier for fans to reach him.

Okyeame Kwame is currently working on his Hepatitis B screening project and his upcoming album which he says will feature a lot of  African artists.