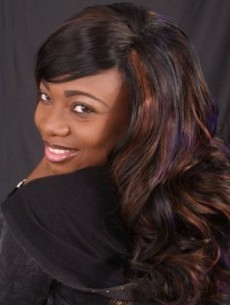 To her many admirers on TV3’s very popular Music Music weekend programme, Stacy may have taken a short break as hostess of the programme and was going to return soon.

The month of June crept into July, then August and through to December and still there was no sign of Stacy on TV. That was when rumours started to fly that the petite lady had had a fight with the management of TV3 and as a result, she had quit the programme.

Last week, for the first time, Stacy went public and recounted what went on when she went “awol”. She told Showbiz that she was totally immobilized by ill-health which got her bed ridden for almost one year.

I have kissed death and I’m back, she told Showbiz. I saw death face to face. From June last year to February this year has been the toughest time in my life because I did not know what the future had for me. There were times I slept and did not even know I will see the next day, it was a difficult time for me, for my kids and for my husband.

She said that, she was bed ridden, could not eat and was fed only on water melon and water. During this time, her husband Okyeame Quophi of TV Africa’s Sound Splash was with her through it all and used every opportunity to encourage her to hold on and that she will pull through.

Life they say is a teacher so one thing that I learnt since my recovery is that, there is a God somewhere, my faith in Him has increased and I know He is a prayer answering person, I’m now a refreshed person and very spiritual, she added.

She used the opportunity of the Showbiz interview to acknowledge Becca, Nana Ama Mcbrown, Emelia Brobbey, Prophet Osei, Prophet Owusu Bempah , Mr. Arnold Asante C.E.O of Imajin Advertising and all others who supported her when she fell ill.

As to whether she will go back to do TV, she said yes, she is now ok and would be coming out soon but in a way that Ghanaians and the world have not seen before.

Turning the discussion to one of her pet subjects – dignity of womanhood – Stacy condemned all types of domestic violence.
She said that if any man did as little as raise his hand against her, she would not hesitate to have him locked up. “To me, any man that beats or lays his hands on a woman is a coward”.

In response to how she combines her business running a clothes and accessories business, event management, running her home as wife and mother of three, all Stacy said was that “life is fabulous, life is great and life is fantastic and that it takes great planning to combine all those responsibilities.

“I plan myself very well so I’m able to discharge my duties efficiently even though I would not say I’m a super woman and in addition, God’s grace is one major tool” she added.

She revealed that, if there was anything she would like to change about her husband, it was his workaholic nature. That notwithstanding, she described Okyeame Quophi as “the most amazing person on earth.

With all the ladies who admire him, I still do not have a problem because at the end of the day I know what I have, whom I am married to and I trust too”.

Stacy said that, if she is not at work then she is sleeping or watching TV.

Mercy Johnson thanks fans as she resumes work