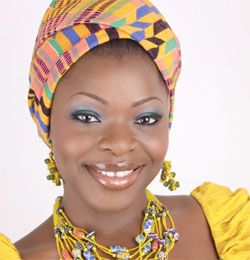 The pretty-faced journalist successfully kept her pregnancy away from public eye until her delivery. Just when the pregnancy was about to become visible, she stopped appearing on TV but remained on radio for some time.

News-One has also gathered that Shamima does not want the subject of her marriage and baby to be discussed publicly but there is very little she can do about it considering her popularity and the fact that she is both a TV and radio personality. News-One congratulates her on being a mother and wishes her a very blessed marriage as she prepares to return to work pretty soon.

Samini Has Always Been Afraid of Competition -Shatta Rako