It feels good to be compared to P. Diddy – D Black 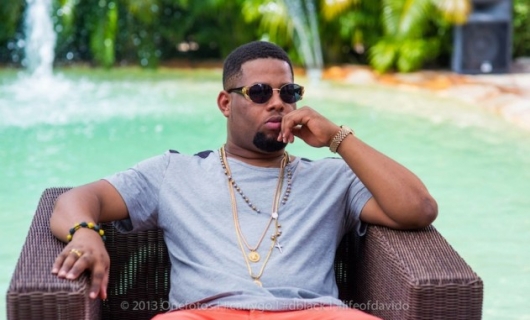 Often referred to by many including Mensa of FOKN Bois as the P.Diddy of Ghanaian showbiz, D Black laid mortar to the bricks in an interview with NY DJ on #RYSENSHYNE on Y102.5FM as he asserted he looks up to him (P.Diddy).

When I was really young, I was working at a night club and I was doing events there and that’s what made me my first money before I got into music. I only added music to the list of things I was doing to be able to take care of myself and it’s been able to bring me this far but I have been doing a lot of other stuff aside music so when people compare me to P.Diddy, which is what he also does, music and other stuff, it feels good “

With a record label, sports company and well established events such as ‘Celebrity Soccer Bash’, Night train and the recently held #RepeatOrRevenge Boxing Bout which pulled over 25,000 people to the Baba Yara Sports Stadium, D Black has also won several awards locally and intentionally as a musician including Channel O award for Best West African Video.

In 2011, D Black was nominated Best International Act, Africa at the BET Awards.

“Shakara is nothing compared to any project I’ve undertaken” – Anumaa