Is Shatta Wale Flying All The Artists On The Kumerica Invasion Project Outside? 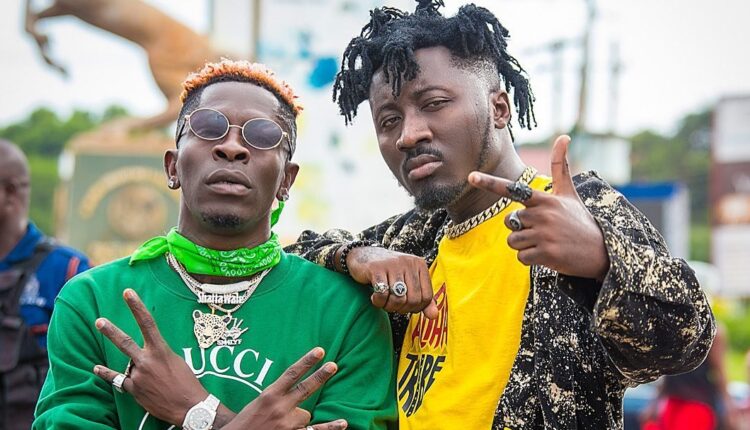 Ghanaian dancehall artiste Shatta Wale has something up his sleeves.

Although Shatta Wale is yet to release the official single and visuals for his new single which features a pool of musical talents from the Ashanti Regional capital, Kumasi, the Ayoo hitmaker seems to have a bigger plan.

Reliable information available to Ghana’s Hub For Pop Culture & Urban Entertainment News – www.nydjlive.com indicates that the artist intends to fly all the musicians on the Kumerica Invasion Project outside the country for a musical tour.

This, our source says, is intended to give the artists a bigger exposure and experience.

It is immediately unknown when this tour would happen especially as the project has not been released yet. Shatta Wale and his team have also been tightlipped about this.

The musician eventually joined the artists in their various areas in Kumasi where he fraternized with the fans and shot parts of the music video.

In an exclusive interview below, Amerado throws light on how he got involved in the project.

EAA Will Lead The Way In Sanitising Ghana’s Entertainment Scene –…