Is He Serious? How Can I Beat My Artiste?- Bull Dog Asks 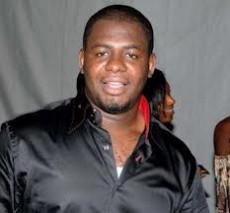 Perhaps, he just doesn’t want us to take anything he says again serious. Read what he had to say about his utterance some few days ago.

Artiste Manager Bull Dog, Chief Executive of BullHaus Entertainment has described as a “naughty joke” a recent statement from him that he would physically beat up any of his artistes who would look down on him.

“It is not a smooth journey and I’ve always been open with the artistes. I face my problems but I don’t have any artiste looking down on me. When you do that [I will beat you] and I will walk away after punching you,” Bull had stated on Joy FM’s Rhythmz A-Z last Saturday.

The statement immediately gained public attention perhaps because of the calibre of musicians under his management including VIP, IWAN, Shatta Wale, Koo Ntakra, Natural Face and new entrant Brianna.

But when NEWS-ONE asked Bull to explain what exactly he meant by punching his artiste, he said the statement was a “naughty joke meant to create fun.”

“I can’t beat any of my artistes. I am not a violent person and persons who know me would have realized I was even joking. I understand the laws of Ghana and it would never get to that. This was just one of my naughty jokes meant to create fun,” Bull said.