Insightful read: Okyeame Kwame Cries for the future of hiplife 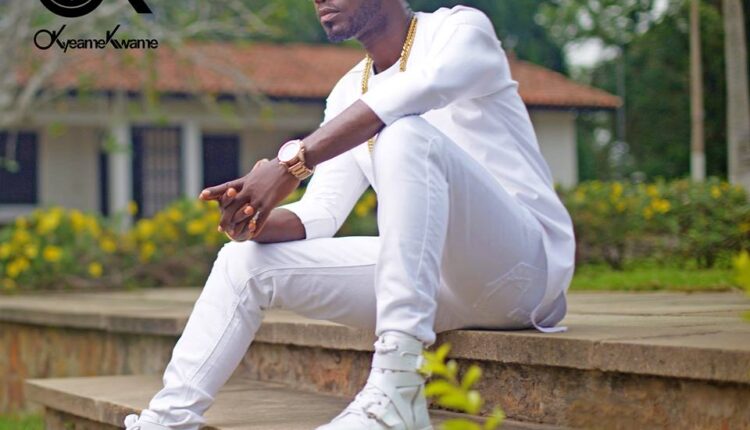 After a long hiatus on his blog, Ghana’s rap doctor Okyeame Kwame has penned an insightful and interesting piece worth reading with title “I Cry For The Future of Hiplife”.

Read what he pens for Ghanaweb.

Hiplife is arguably one of the most vibrant genre of music in Ghana today with the youth forming a chunk of the performers. Available literature ties the history of the emergence of hiplife to the early 1990s when Reginald Osei, also known as Reggie Rockstone debuted his Makaa Maka album.
Hitherto, K.K Kabobo, Gyedu Blay Ambolley and Azigiza Jnr. were doing a form of rap music that was somewhat similar to the hiplife we know today.

Throughout the periods, hiplife has emerged as a global concept with countries like United Kingdom, Canada, United States and Germany embracing the popular culture. Ghana thus enjoys the honor of been named as the place of origin of hiplife.

Hiplife has since its inception seen tremendous changes with the likes of Akyeame, Yogie Doggie, VIP, Samini, Nananom, Ex Doe, Chicago, Root Eye just to mention but few all part of the building blocks of the growing hiplife. The new breed of artistes including: Sakordie, Flowking Stone, R2bees, EL, Efya, XO Senavoe, Manifest, D Black, Trigmatic and a host of others have also contributed immensely to the hiplife that we know of today.

It is obvious that the energy, passion and knowledge of social media engagements has enabled the current hiplife artistes to attain greater feats that their predecessors could probably not attain. These artistes stand on the shoulders of the beginners, and therefore, can see further than some of us. This is why it is not surprising that Sakordie and Stonebwoy won one of the most coveted awards in the history of entertainment, the BET Awards. Hence, the need to protect the ‘’hiplife culture’’ that has become important as it affords us the pride of being Ghanaians.

That notwithstanding, the emergence of new genres of music seem to be dominating the Ghanaian scene. I personally asked Stonebwoy what type of music he does and he responded dancehall, XO Senavoe also said hip hop. Jayso does Gh rap, Bra Kevin does Rap and Beat while Dr. Cryme does Twipop. The question is, where are the hiplife artistes? We’ve all veered off the path by virtue of the influence of foreign culture and I can’t single out my new single, Small Small which sounds more afro pop than hiplife. I cry for the future of hiplife because if the new breed of artistes making wave today do not proclaim culture, hiplife may undergo extinction. When that happens, which genre would replace it? Can that genre become a lifestyle like hiplife is? Can it move Ghana forward? Will it be a trend that reminds the Ghanaian youth of who they are and teach them to take the best part of global culture and add to our own?

Quite recently, Azonto emerged as a dance style that swept across Ghana. It later caught up with other parts of the world with several youtube videos of foreigners doing the dance. Few years down the lane and Ghanaians have been quick to delete it from sub culture, replacing it with a new dance that shakes the whole world by the mere mention of its name, ‘’Alqaeda’’.

The upsurge of private genres of music in Ghana makes me want to ask if we are doing same to hiplife. We hardly hear hiplife in the news lately. The only thing that seem to be keeping hiplife in the news is the current controversy between Reggie Rockstone, Zap Mallet, Mike Cook and Panji. But is the controversy alone enough to sustain a dying genre?

It is a good thing for artistes to go international and the easiest way of doing that is by plugging into the already existing international genre which is hip hop but should we do that at the expense of who we are? The Akans have a saying that literally translates ‘’you have chewed no meat if you roast your tongue and chew.’’ I think therefore that a meeting of artistes like myself, Obour, VIP, Samini and other respected front lining artistes is important so as to strategize on how to reactivate hiplife and make our brothers and sisters love it.

Wizkid to Drop Some New Heat in October