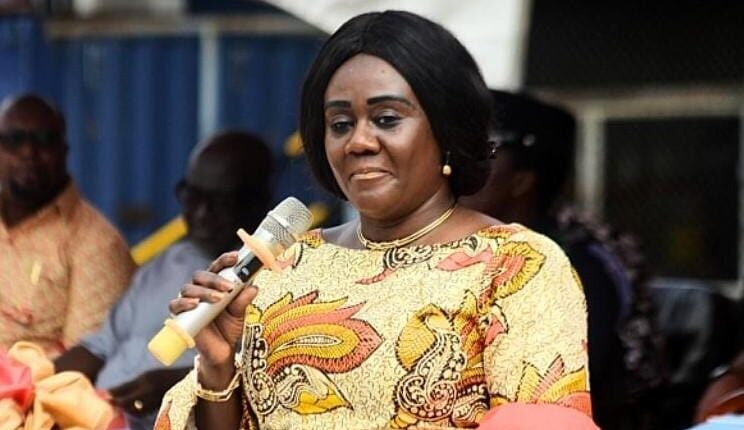 The minister-designate for Tourism, Arts and Culture, Hon. Barbara Oteng Gyasi has stated she is aware of the agitation by practitioners in the creative arts industry over feelings of being neglected.

According to Hon. Barbara Oteng Gyasi, this was due to the attention given more to Tourism at the neglect of the Creative Arts because the ministry was initially a Tourism Ministry and the Creative Arts was a later addition.

The Minister Designate, Barbara Oteng Gyasi promised she is going to pay great attention to the Arts Sector and will treat them as her baby which needs all the attention to grow and thrive.

“As I come in, I am going to pay great attention to the Creative Arts sector. I will see them as my baby because they have come in later and therefore, they deserve the attention to thrive. When I assume office, I will engage them and get to know all the issues of concern and together strategize and support the sector so that they can also generate revenue for the country,” she said.

“So the Creative Arts sector should be assured of my commitment and my support to drive the sector that will deliver,” she added.

The minister-designate further revealed the unavailability of technical personnel in the ministry dedicated solely to the Creative Arts. In view of that, she promised to establish a Technical Directorate to supervise the activities and programs of the Creative Arts sector.

“I will institute a Technical Directorate and assign a technical person who will coordinate programs and activities of the Creative Art sector. I will also advocate for the passage of the Creative Arts Bill into an Act,” she stated.

She made all these known during her vetting with the Appointment Committee on Friday, March 15, 2019.

Barbara Oteng Gyasi, before her reshuffle, was the Deputy Minister for Lands and Natural Resources and a Member of Parliament for Prestea Huni-Valley constituency in the Western Region.