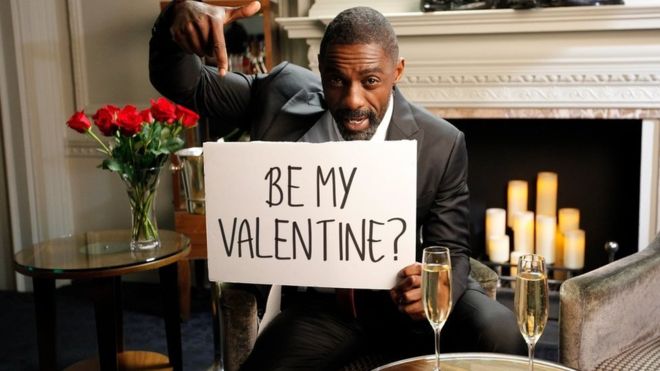 There’s a chance for one woman to spend Valentine’s Day with Luther actor Idris Elba as he has put himself up for auction to raise money for charity.

In a video that surface online, the actors offers bidders a “romantic evening” involving cocktails, food and “whatever your heart desires”.

“I’ll let you pound my yams,” the 44-year-old star continues before downing a glass of champagne.

According to sources, proceeds will go to WE (Women Everywhere) Can Lead, a charity organisation “working to empower and educate girls throughout Africa”.

WHAT WINNING THE BID MEANS

The winner will join Elba for “a candlelit meal at one of his favourite restaurants”.


Flights and accommodation at a four-star hotel are included, according to the actor’s page on the Omaze website.

Interested parties have until 14 February to make a bid.

He is also set to star in The Dark Tower later this year, a fantasy western horror film based on a series of Stephen King novels.