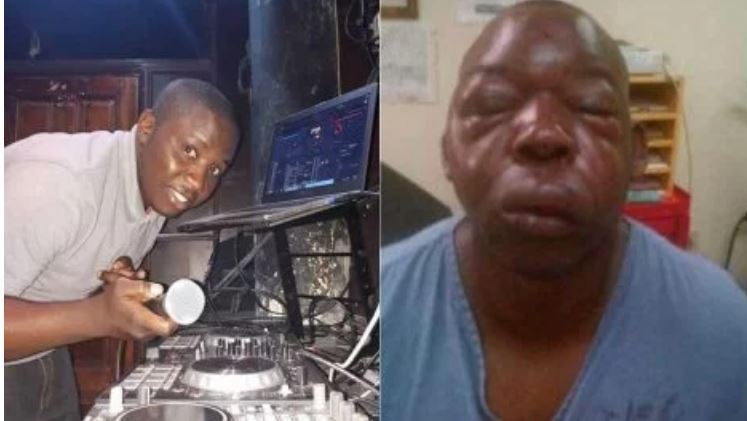 A Zambian DJ has refuted claims on social media and blogs that he was beaten to a pulp on Thursday by revellers in a night club for playing music by South African artistes.

DJ Hero as he is popularly known as, issued a statement on Facebook saying that he was safe and sound and nothing of what is being propagated has happened to him.

“Saw some online post saying I was beaten (Gained on mi face) coz I played a South African song… .. Unfortunately someone made a meme of me and went viral… Am safe guys none happened to me? Thanks y’all that been calling and texting asking if am doing Good,” wrote DJ Hero.

It all started when a fellow colleague who goes by the name Star DJ Virus shared the story online. He claimed that DJ Hero had been attacked by revellers at a club he works for, after playing music by South African artistes.

Angry fans in the club, reportedly, proceeded to pound his face with kicks and blows leaving his face unrecognizable.

“Zambian DJ Hero Dj gains weight in seconds after playing South African Music in Club on the a Copperbelt. #StopXenophobia

This was later picked up by online news websites including Zimeye, an integrated network of journalists and other professionals reporting on Zimbabwe and the rest of Africa, and Swahili Times.

Both Zimeye and Swahili Times have verified Twitter accounts.

The alleged picture of DJ Hero after the purported beating is that of an African American inmate who was allegedly attacked by prison wardens in 2018.

The man who is identified as Darren Glover was taking wedding photos with his interracial fiancée, which led to the attack by the correctional officers.

This comes in the wake of xenophobic attacks in South Africa. The attacks broke out in Johannesburg on Sunday, leaving several people dead and others hospitalized.

The attacks are said to have majorly carried by South Africans who went as far as destroying property owned by foreigners and looting any merchandise found.

All the destruction and maiming of foreigners made media personalities and celebrities to speak out on the matter.

This includes Nigerian singer Tiwa Savage who cancelled a concert performance scheduled to take place on September 21, 2019 in Johannesburg.