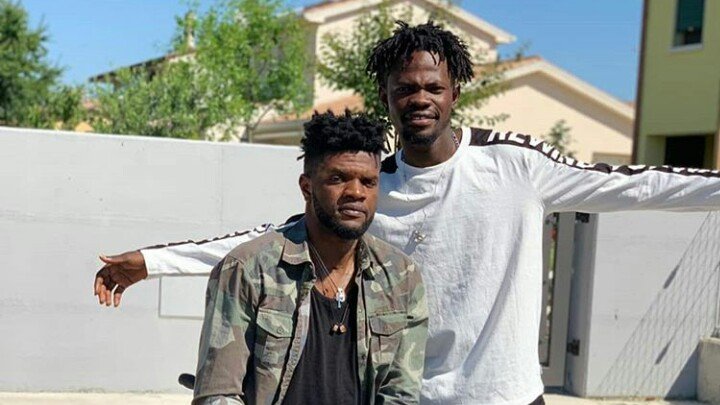 Ghanaian musician Ogidi Brown who has come under severe backlash on social media for threats on the life of former label signee Fameye and his son has broken his silence.

In an interview on Akoma FM with Tony Best monitored by Ghana’s Hub For Pop Culture & Urban Entertainment News – www.nydjlive.com, the musician revealed he was emotionally hurt and not in the right frame of mind hence making such utterances.

“Our issue had dragged for over a year. We involved lawyers but to no avail. I even gave up till I recently saw the other party put up things that sought to tease me. It made me feel very stupid hence my decision to revisit it,” Ogidi Brown said.

Speaking on the threats, Ogidi Brown revealed there was no way he was going to hurt Fameye or the son since he didn’t even know how to curse an individual.

“I wasn’t myself at all during the live video. I was going through pain. Honestly, I’ve not done that (cursed) before. If I really wanted to kill him or anyone, I wouldn’t have taken it to social media.

I was not going to curse him. I just wanted us to settle our issues so we move on. I only went to the elders of Antoa to find a lasting solution to our issues,” he said.

He denied reports that Fameye visited Antoa to overturn a curse.

According to Ogidi Brown, the elders of Antoa requested the presence of Fameye to help deal with the matter.