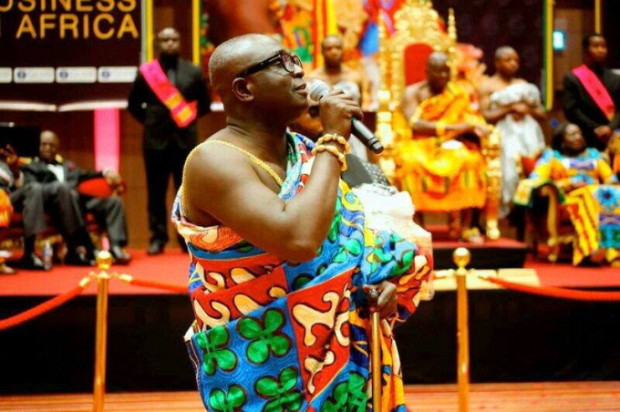 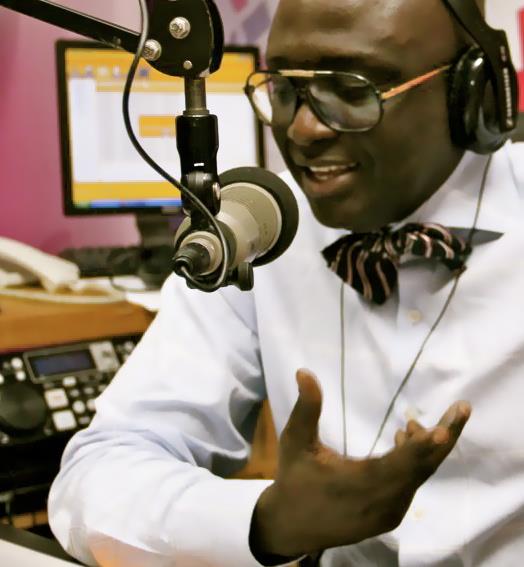 Ghanaian broadcaster Kwasi Kyei Darkwah has opened up about his son’s sexuality.

Missed that? Read from here KKD’s Allegedly ‘Disowned’ Son Talks His Sexuality And Being Gay

According to him, “living under my parents’ roof, I was constantly hiding. I’d get home from school and be incredibly quiet, helpful, and obedient. I stayed in my room most of the time. I was playing the role of the “ideal son” so I could just skate by unnoticed. It wasn’t until I was no longer living at home that I started to realize I wasn’t anyone or anything I’d known so far in my life.”

I have been notified of the eagerly re-published article on my dearly beloved son Darkwah Kyei-Darkwah’s speaking up on his acceptance of his sexuality.

His words were candid and courageous. “The first step to being happy is to be honest and embrace who you are in its totality.” -Anon.

His statement of his conviction and comfort with himself as a young man is a matter of an individual’s sexuality. Come joy or pain, sunshine or rain, success or failure, I will always love my son Darkwah Kyei-Darkwah and my daughter Ohemaa Asokwa Kyei-Darkwah.

My love, care and devotion to my children are non-negotiable. There are ex-wives and ex-husbands but there are no ex-children nor ex-parents. No truth nor lies, no malicious gossip nor ill-willed broadcast can ever change my love and devotion for my children no matter who they think they are.

Through divorce and a year after, I stayed strong through the storm as a single father to raise my son and daughter aged 7+ and 5+, working, teaching, cooking, cleaning, ironing, reading, driving, playing, flying, juggling, mentoring, role-playing and praying, all to keep their welfare paramount.

I have never ever shunned them as some strange and hateful persons would have the feeble-minded and gullible believe. The uncouth, green-eyed monsters and miserable plebeians’ obsession with the lives of those they secretly admire or hate can lead to some rather curious acts of malice.

I have plenty praise for all the Earth Angels; family, lovers and loyal friends who helped me through my work and studies to care for our kind, courteous and gifted children. Like all youngsters, they too have their highs and lows but they have been the joy of my life for years and still are.

Whilst the culture in which I was raised influenced me to lean towards raising my children as Asante, Christian, well-mannered, audacious, industrious, cosmopolitan and heterosexual, I do not consider it my place to pontificate, praise or condemn the sexuality any adult identifies with. Each of us is a sum of many parts and sexual orientation is only one.

I bow with respect to the culture of my people and habitat but I also respect the culture and choices of others in theirs. I am an open-hearted, open-minded tourist in God’s vast lands, who embraces all colour, race and creed: Religion; Atheist, Christian, Hindu, Jew, Muslim, Pagan or other,
Gender Identity; Male Female Queer or other
Sexual orientation; Heterosexual, Lesbian, Gay, Bisexual, Transvestite or other, and
Skin tone; black, brown, yellow, pink, white, pale or other I have seen, encountered and worked in offices and at corporate functions, exhibitions and stately banquets with them all.

What I have learnt through travel and open mind is that they have more similarities than differences with you and I. We all have a shared humanity even though we walk and talk differently, dress and stress differently, win and sin differently.

My son Darkwah is a gentle, creative, confident, erudite and hard-working 23 year-old who has studied Fashion Design and worked as Sales Executive for Harrods and Givenchy, Sales Executive then Stylist – Luxury Accessories for Tom Ford, Account Executive for Haddon PR and is now Fashion Editor for the Gay Times, arguably the world’s biggest magazine in its genre. And yes I love him, I admonish him, I scold him and I celebrate him as a loving father.

Whats your difference? Whats your talent? What’s your sin? As you ponder whether to accept and share yours in spirit and truth with the world, take a moment to ask yourself if those people and things you aim your wrath and persecution at are the cause of the state you are in.

Also ask your parents, and your children, if they would treat you the way you treat others in the event that your sexuality were any different. It warms my heart to see that my dearly beloved son has the courage and clarity of mind to speak up for himself, as everyone should to enable all live without narrow-mindedness, prejudice, fear and hate.

If each one would spend time doing something that brings them closer to realizing their goals, purpose and happiness whilst respecting the existence of others and safeguarding the environment and public purse, we would all be better for it.

All of us cannot be simultaneously happy with the way everyone finds their peace and happiness but we can agree to let what we see wrong in others never overshadow what is wrong with ourselves.

Whether my son says he is straight or gay, he will forever remain my dearly beloved son. Dig that.
Namaste????????