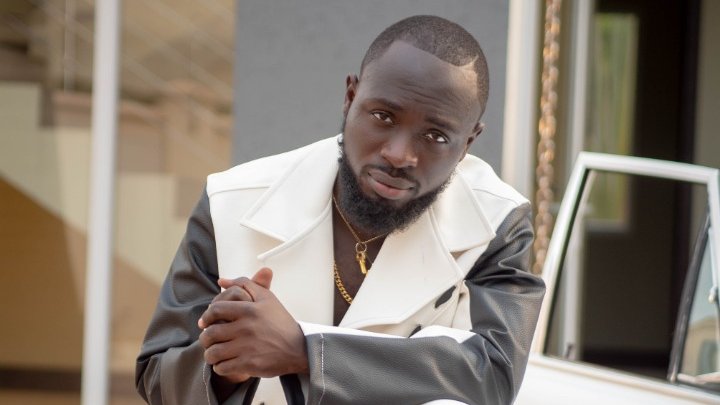 The rapper, whose latest single with Kuame Eugene is making waves across the country stated in a live radio interview on Darling FM’s Top 30 Countdown show over the weekend at Cape Coast.

“Yaa Pono is my senior. I have stayed with him before and I even worked with him on my ‘Bitter Sweet’ project. I learned from him and I agree there are some similarities in the way we rap but I didn’t copy him. I have been doing this style for over 11 years underground.”

“I am known by all my fans as the Rap Comedian and it comes naturally. My style of rap is different from Yaa Pono’s, I didn’t copy him,” he remarked.

He thanked the people of the Central Region for their unflinching support and pleaded with all and sundry to keep supporting his music. “The best is yet to come”, he concluded.

Kwame Yogot toured all radio stations in Cape Coast including ABN’s DarlingFm 90.9 on Saturday, 6th March in a bid to promote “Biibi Besi”, a new single with VGMAs current Artiste of the year, Kuame Eugene.

Don’t Look Up To Me, I’m Not The Standard – Kwasi Aboagye