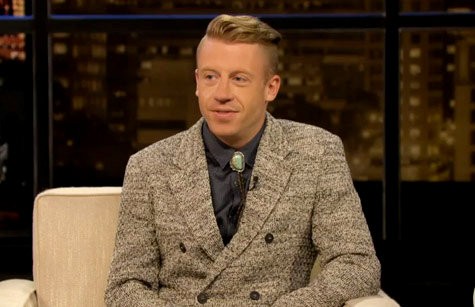 Macklemore has responded to rumors that he’s gay. Sitting down with Chelsea Handler on her talk show, the hip-hop star says he’s straight when asked about it. “How did you find out you weren’t?” Chelsea asks, to which he replies, “I started using my penis.”

The rapper also reveals on “Chelsea Lately” a funny trivia related to him on the Internet, saying that “Is Macklemore Gay?” is one of the top auto-fills on the Google search whenever people start their browsing by typing “Is…” He utters, “The Internet thinks that I’m gay. It’s not true.”

Talks about Macklemore’s sexuality could be fueled by their same-sex anthem “Same Love” which he performed with his music partner Ryan Lewis at the MTV Video Music Awards over the weekend. They were joined by Mary Lambert and Jennifer Hudson.