I have not disrespected Muslims – Herty Borngreat 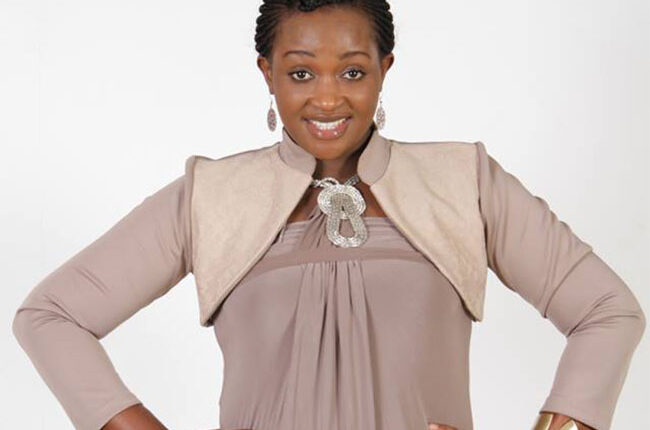 Ghanaian Gospel musician Herty Borngreat’s approach of getting her fans active and interactive with her regular “type Amen” posts is not new someone like me and you might have come across similar posts of hers if you spend more time on Facebook.

This approach which normally asks you to type Amen on posts just to avert curses or avoid any bad happening has been very helpful as her page is always active however, one of such posts has incurred the wrath of many in the Islamic faith as a recent post that had Prophet Mohammed bow to Jesus Christ with the inscription “every knee shall bow” has caused a lot of uproar among both Islamic community in Ghana.

After publications of her disrespecting Muslims broke last week and went viral, the artist has expressed dissatisfaction at the news and blamed journalists for not contacting her for the reality of the situation. In an interview with News One, the management of the artist disclosed the picture was a Photoshop image embossed on a snapshot of her Facebook page to make it seem as if she was the one who published it.

“It is a very dangerous lie people are spreading about me. An evil lie that can spark a religious dispute and religious hatred and I want to use your medium to urge all well-meaning people in the media to help me to tell the world it is not true. That photo did not come from me or my camp. We have never uploaded or published such a photo and I suspect it is a Photoshop some people with a bad motive have designed to cause hatred for me.

She continued: “My attention was drawn to that report on Sunday morning and when I searched it on Google, I was shocked that people would write such a thing about me without even cross-checking from me. Why would I put out a photo that is offensive to the sentiments of Muslims? I have a very good relationship with the Islamic community. At the last Salafest at Nima, I was there to perform for my Muslim family and I hope to be there this year because I have a lot of respect for Muslims and a huge fan base from the Islamic Community. I would not insult Muslims, I have not insulted Muslims and I feel disappointed by the false report.

“I call on all persons who have seen that report to disregard it. It is not from me and we are investigating to get to the bottom of it. Today, I am the victim, tomorrow it may be someone else and if we do not unite to speak out against such things, we do not know what it may lead to in future. Religious disputes and conflicts and discrimination are things we must all guard against.”

The comments from the management somehow seem interesting to me as the account that posted that picture is an account of hers unless we are meant to believe the usual concert party thoughts of “The account was hacked” or “The account does not belong to us”, which I would be very shocked.

I believe it is time, our people suffered the repercussions of their actions and stopped their easy of massaging issues.