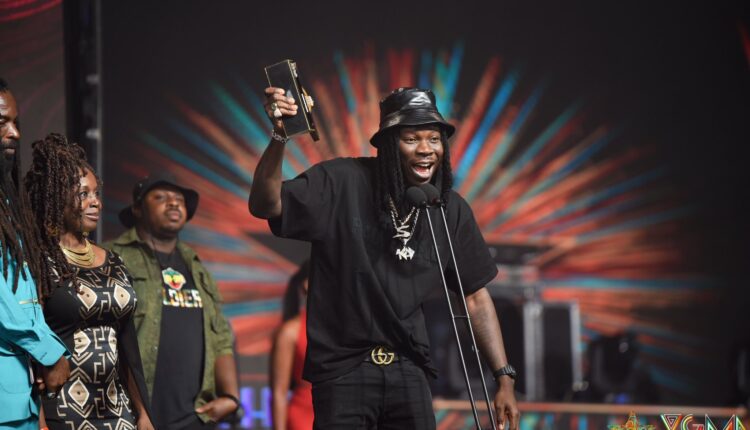 Multiple award-winning Ghanaian music star and the latest signee to Def Jam Records, Stonebwoy, has revealed that signing to the label makes him feel like an underground artist all over again.

Speaking in an interview with Lexis Bill on Joy FM, the recently crowned Reggae/Dancehall Artiste of The Year at the 23rd edition of the Vodafone Ghana Music Awards revealed he’s yet to process the whole signing to Def Jam as it is a big deal.

“This is huge. Honestly speaking, I’ve not settled in the feeling yet. Sometimes, you pray for things and they happen at a later time and you forget you did pray for it…” he said.

He also revealed the dictates of the contract give him the underground vibe which makes him want to work extra harder.

“This is huge. I feel like an underground right now. That I have so much work to do so my focus is just like ok yeah, this is it now so let’s get going. It’s just giving me the underground feeling…If I check the stuff and the things that are involved that I can’t disclose, it’s a big deal..” Stonebwoy said.

Def Jam Africa will represent his music across Africa, whilst Def Jam Recordings will become his label home in the U.S. with 0207 Def Jam supporting the record in the U.K. This partnership between labels showcases UMG’s global commitment to introducing Stonebwoy’s eclectic sound and Ghanaian music culture to new audiences around the world.