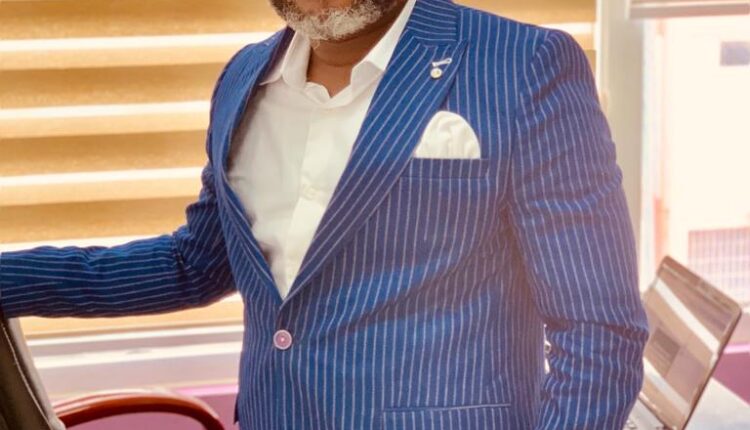 This comes up after a report earlier published on spicefmonline (currently deleted) suggested Westline Entertainment, organizers of the awards, had fingered him as a saboteur to the success of the awards scheme.

Although a bit hesitant to speak to the allegations,  the  radio presenter on Empire FM over the weekend as monitored by Ghana’s Hub For Pop Culture And Urban Entertainment – www.nydjlive.com shot down the rumours saying he can never sabotage the awards scheme.

Feeling Daddy expressed disappointment in the award organizers  for indirectly accusing him of such   especially when he had been of great support to awards scheme since its inception and even directed them to potential sponsors on several occasions.

“Ambaapeng (CEO of Westline Entertainment) for instance comes to my office to seek for ideas . Right in front of him, I called other people to help push his event. I even sent their proposal to Vodafone and MTN seeking for sponsorship. They can go ahead and find out” he said.

Although no more a part of the  awards board, Feeling Daddy revealed he has been supportive of the awards regardless.

“I was present at the first and second editions. Even though I had been taken off the board in the second edition, I was present. We used our platform to promote that event, yet you go sit on different radio stations to destroy people’s hard earned reputation?”

“It’s very painful.  As a business manager of two radio stations  (Empire and Radio 360), I used these platforms to promote this Western Music Awards.  We did all that for free so why go on radio to destroy my hard earned reputation?  How can I tell RigWorld CEO not to sponsor such an event when I was not even involved when he decided to sponsor it previously? Kofi Abban knows he had the right mileage when he sponsored the event so how can I talk him out of it?”

Feeling Daddy advised the organizers to  make good use of the records (pictures, videos) from previously organized editions to seek for more sponsorship than resort to blaming innocent individuals of  sabotaging sponsorship for the awards scheme.

“I’ll say this everywhere that I have never ever engaged Kofi Abban not to sponsor Western Music Awards. I can not do that because I use this same platform to promote the awards.” he said.