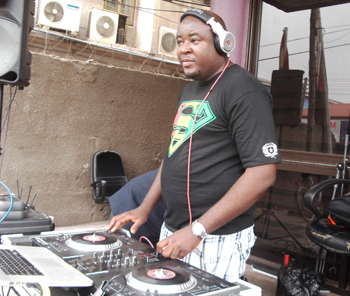 Guru is no exception to the many Ghanaian musicians who have doubted the credibility of the Vodafone Ghana Music Awards and the whole selection process of  awards scheme. After outburst by Ghanaian musician, Guru over the disqualification of his hit single, Lapaz Toyota, it is clear someone stood in for his disqualification and guess who did that?

Nii Ayi Tagoe, a staff of Joy Fm, has boldly come out to state he personally called for the song’s disqualification. Speaking on The Pundits, an entertainment review show on GhOne TV, Nii said,

………………………. it is very funny how some of these musicians think. They believe releasing the songs right after the nominations will give them a good chance of getting more nominations the following year. I called for the disqualification of Guru’s Lapaz Toyota track because it didn’t fall under the year under review. When we tried adding it to last year’s nomination, Guru said the track had not been released yet………….

Outspoken Nii Ayi Tagoe was added to the Vodafone Ghana Music Awards Board this year.

Watch Eazzy Shake What her Mum gave Her