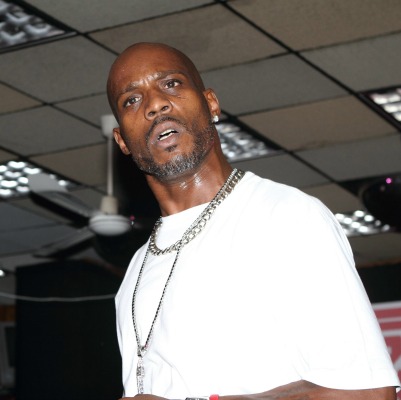 Add bankruptcy to the list of DMX’s problems. The rapper filed Chapter 11 on Monday, with the paperwork stating he has $50,000 in assets but between $1 million and $10 million in debt. That seems like a big range to be unsure about. But either way, he doesn’t have enough to cover it.

The papers go on to say that DMX filed for in order “to enable me to reorganize my financial affairs.”

“The New York native and current South Carolina resident owes $1.24 million in child support and more than $21,000 on an auto lease, among other obligations. His principal asset is a 50% stake in property in Mount Kisco, N.Y.,” writes The Wall Street Journal.

It was only a few days ago that DMX was arrested for DUI, driving without a license, and driving without a seat belt in South Carolina. And an appearance on Iyanla Fix My Life in April had people wondering about DMX’s state of mind.

But it’s the state of his finances that are now giving him a problem. A rep for DMX (who clearly never won any spelling bees) released the following statement to the WSJ:

DMX’s financial strains have been inhibiting his career for several years. Poor financial management by prior representation have caused him to be ineligible to retain a passport. The purpose of this bankruptcy filing is for reorganization so he can perform for his fans oversees. We are currently planning a tour in Europe and Africa for the fall of 2013.