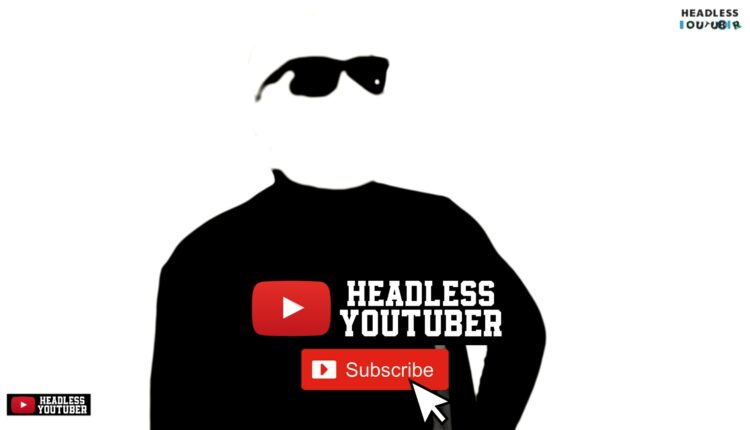 His gilt-edged entry into the world of entertainment is one most people have been quite unable to wrap their heads around. In all spheres of entertainment, he has proven himself meritorious, as he has evidently brought unparalleled upshot in his field of operation. Meanwhile, he has a peculiar story surrounding his decision to be a part of the YouTube fraternity and the uniqueness with which he executes his task.

Hitherto the year 2020 where the menace of COVID-19 took the world by surprise and claimed the lives of many while rendering others jobless, Headless YouTuber boasted of employment with a reputable outfit. However, the continuous disruption of economic activities by the COVID-19 pandemic necessitated the layoff of some employees of the firm with which he worked. Unfortunately, he became one of those whom the company had to let go. It was one of the toughest moments of his life, as he depended on the money due him owing to the services he rendered to the firm for survival.

The end of his white-collar career, though devastating, saw the birth of a creative mind that set itself thinking of and devising a go-to for making headway in securing a new job opportunity. After several futile attempts to find a new job, it is no surprise that he ended up deciding to be a content creator on YouTube, considering his unwavering desire to add a spark of joy and excitement to the lives of people. He spent days researching his then new-found desire, finding means to be unique and altogether contribute to the happiness of anyone who would encounter him through his content.

After his decision to go into YouTube content creation, he put in a lot of effort to learn the nitty-gritty of this field, all in his quest to give his consumers the best. This proved successful, as he quickly began to see a gradual increase in his number of subscribers shortly after he started. His channel encapsulated trending issues on social media, in and around Ghana. In about five months of being on YouTube, he gained himself a promising fan base before the unfortunate incident of losing his channel occurred; YouTube terminated his channel of about 8000 subscribers.

On the 18th of August, 2021, however, he created a new channel, and in less than a year, he has chalked a success that continually blows the minds of people. Headless Youtuber boasts of over 51000 subscribers; a laudable feat many in the space of YouTube have been baffled by. His unique style of content creation, coupled with his peerless sense of humour, has earned him an enviable recognition. The channel tackles rants, reviews, reactions and more. It is a comic channel for any enthusiast of current affairs, especially entertainment-wise, with a pinch of laughter. It is a go-to for keeping abreast of issues in and around Ghana.

For sure, the achievements made by Headless YouTuber spanning from the period he lost his first account to this minute is worth writing home about. When he was once asked the ingredients for his success so far, he mentioned the Grace of God, being unique, thinking outside the box, putting his subscribers first, being consistent and his sense of humour.

His journey so far is proof that indeed, commitment, determination, zeal, originality and hard work pay off, and it is undeniable the inspiration this is too many.

An interesting fact about Headless YouTuber is his anonymity.

No one has discovered the face behind the creative mind he possesses. Though he once mentioned that he would unveil his identity at some point in his YouTube journey, his subscribers have expressed their disagreement with it. According to them, they would rather he still remained anonymous, as it adds to his craft and style.