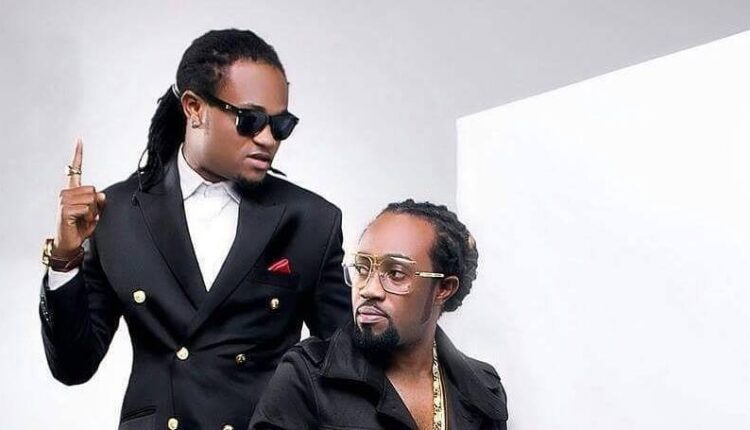 Public Relations Officer of the Film Producers’ Association of Ghana and an entertainment analyst  Mawuli Ekpe Peter popularly known as Abro has accused Pooley hitmaker, Guru of being one of the reasons for the split of music group Dobble.

Abro who has had very close relations with the music group since its formative days made this shocking revelation on the Angel Entertainment Show on Friday, July 3, 2020.

Speaking on the topic, “Possible causes of splits among music groups in Ghana”, Abro listed loss of trust, lack of commitment, monetary issues, women and many others but did not hesitate to add that intruders who acted as well seekers but with ulterior motives could also cause the split of groups.

According to him, Guru was a big cause of the split of Dobble.

Asked what exactly Guru’s contribution was in causing the split, an overly expressive Abro would not state but dared Guru to deny the accusation.

Initially made of Paa Kwasi and EnnWai, the group Dobble, announced their split in 2016 after their nationwide hit single  Christy.

The group released countless hits and performed on several big stages. Some of their hit songs include Walahi Talahi, Good Mood, Adiepena, Otan Ni Aduro, 1 Click, Only U, Guerro, Spark Ma Moto, Deepest Side (Ft Shatta Wale) What Can Come Can Come (Ft Bisa Kdei) among others.

Both artists have gone ahead to release solo projects since then.