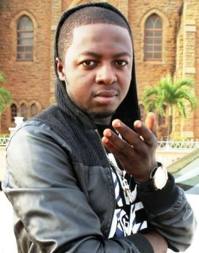 After a publication last week by www.nydjlive.com on Joy Fm’s Nii Ayi Tagoe’s admission on calling for the disqualification of the Lapaz Toyota by Guru from the upcoming Vodafone Ghana Music Awards, one would expect a natural reaction as Guru has also hit back at Nii Ayi Tagoe.

In an interview with  Lloyd DJ on Dess Fm’s Entertainment Corner on Saturday March 2nd, Guru recounted events that could have caused that sour relationship between himself and Nii Ayi Tagoe to make him go that extent. Recounting the story, he said;

Nii Ayi Tagoe’s call for the disqualification of Lapaz Toyota is because of his personal issues. I went to Joy fm’s Old Skuul Reunion to perform with my DJ but Nii Ayi Tagoe being the official DJ  for the day denied my personal DJ from performing with me. I was then forced to perform alongside him .

However, in the course of my performance he started dropping songs which I didn’t ask for so I asked the fans if they were happy with the DJ which they said NO and shouted Away at Nii Ayi Tagoe.Since then, we’ve not seen eye to eye so if  he has any personal issues with me he should know how to deal with it and not take it to the VGMA Board.

The song, Lapaz Toyota according to Guru was released in the first week of January and have asked the VGMA Board to consult his record label to know when the song was officially released.

Abeiku Santana Is Not Dead – Caroline

Mzbel Has a Baby Boy