Guest Blog: John Dumelo, The Perfect Politician Who Will Be President One Day 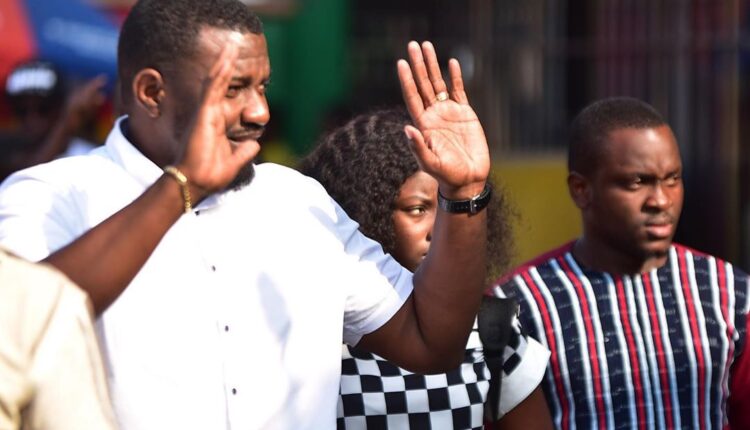 John Dumelo is a household name in Ghana because as an actor, he’s starred in so many movies in Ghana and Nigeria. This has also made him very popular across Africa evident in his opening of shops in some African countries to market his clothing line J Melo.

For those who do not know him, he was that boy who starred in Baby Thief, a Ghanaian movie classic released about 27 years ago.

He was loved by many if not all but lately he’s lost that goodwill and anytime his name comes up in conversations in Ghanaian homes and media, it is not about his acting prowess or how he’s become a very good entrepreneur primarily into farming but controversy.

In the build up to the 2016 elections in Ghana, John declared his support for then President and NDC candidate John Mahama. Many saw it as a bold step because in the 2016 campaign and previous ones, almost 90% of the celebrities in Ghana had declared their support for the NPP candidate Nana Akufo Addo. So many were shocked that John Dumelo could boldly come out to say he supported John Mahama and even went ahead to tell the media he has always been a card bearing member of the NDC.

The NDC and John Mahama lost the 2016 elections and that started the troubles of John Dumelo. A new government was in place and some people aligned to the NPP and in charge of retrieving state assets had alleged that John Dumelo had been tracked to a location committing crime. Apparently, he had gone to see a car sprayer to entirely change a vehicle(V8) in his possession but belonged to the state to hide its true identity.

These men told us after they caught Mr. Dumelo at that location and told him the vehicle belonged to the state and asked how come he had it and was in the act of changing its identity when he was not a state official, he told them it was given to him by the wife of the ex President, Madam Lordina Mahama.

The Ghanaian media widely published and circulated this and for 2 years now, not Mr. Dumelo nor the wife of the ex President has come out to deny or corroborate this.

On his personal twitter handle, John Dumelo has been asked by his followers for the umpteenth whether he indeed tried to steal state property and on every occasion, he clandestinely jokes with it, involve in gimmickry or give cheeky responses.

So about a month ago, Ghanaian musician Samini called Dumelo out and told him to appropriately respond to the allegations and again and again he tried so hard to be evasive and introduce other matters entirely different from what Samini asked.

In all this, Samini said something that struck me. He said this was the state of the country we live in where someone gets close to people in power and overnight becomes so rich but nobody questions their source of wealth because you will be described as a “hater’

In any proper civilised society, they question the source of wealth of people. Assess their business and see if they are paying the right taxes. How come we can’t do that in Ghana? State institutions should be doing background checks on citizens and and how they made their money.

Was it through acting, farming or just because they were politicians?

We woke up one day and John Dumelo had picked forms to contest the NDC primaries at the infamous Ayawaso West Wuogon to become a member of Ghana’s Parliament. It is good news of we get young Ghanaians who are willing to enact laws to help build this country. However, I think if the NDC had any level of decency, they will disqualify this gentleman because he is not the right person to be enacting laws for Ghanaians. This is a gentleman who refuses to answer to Ghanaians whether allegations of stealing state property are true.How then do we trust him not to be corrupt?

But the bigger problem is not the NDC but the NPP because they are breeding many John Dumelos to take over this country in 20 years. In 2016, we voted for a President who said he was incorruptible and will prosecute all those involved in corruption. So why has John Dumelo not been prosecuted? Why has nobody in the previous government not been made to answer why John Dumelo was given a state vehicle for his personal use? Or could it be that all those allegations were lies?

I have heard John Dumelo in an interview this week say that the brouhaha over the V8 vehicle will not affect his chances of annexing the Ayawaso West Wuogon Seat from the NPP incumbent. It might happen or might not but pray it doesn’t because if he wins, it will be a stepping stone for him to ascend to the highest office of the land as President. You might think it is a joke or far fetched but trust me we will get there some day.

John Dumelo in any civilised society would not have had the gust to even stand for public office but here is Ghana and the standards are lowered always. That is how Ghanaians have come to accept their politicians so to them John Dumelo is a perfect politician who knows how to work his way to the top like in “house of cards”

So the bigger problem is not John Dumelo and his likes but we live in a country where the standards have been so lowered that, leadership has to do little or nothing and the citizens are ok with it because many don’t care
If John Mahama wins the 2020 elections, John Dumelo will be considered for a ministerial role and he will be asked all these things at the vetting committee of Parliament. However he will fail to answer properly and like Fiifi Kwetey, Martin Amidu and the likes who lied and failed to prove those lies at the vetting committee, he will sail through because of weak institutions

So don’t be surprised if the John Dumelo you have been told is a “baby thief” becomes another “Jon” to become President of Ghana.