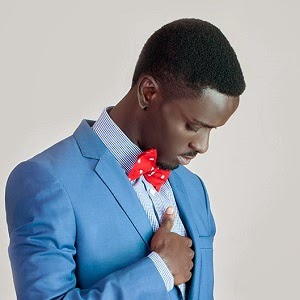 If you are a lover of Ghanaian music and a great fan of BBNz Live signee Lil Shaker otherwise known as Captain Hooks, you need not be surprised that the artist has finally stated why he often mentions the name of beautiful Ghanaian actress Jackie Appiah in his songs. The reason is simple, Lil Shaker had and I guess continues to have a crush on the screen goddess.

The artist who made a guest appearance on Amanda Jissih’s E Talk on GhOne on Thursday evening stated he had a serious crush on the actress since her budding days in popular TV series “Things We Do For Love” which brought to light prolific characters such as Adjetey Annan (Pusher) hence the reason for mentioning her in his songs.

Remember, not only does Lil Shaker have a whole song written in the form of a letter dedicated to Jackie Appiah, he mentions the name of the actress in other songs. Well, Jackie, a brother has a thing for you.

The artist who is currently the talk of media for his wonderful exploits on Edem’s “Koene” song also disclosed plans were far advanced for his upcoming album and mentioned Kojo Cue, Edem, E.L and others as features on the album.

His latest single “Handkerchief” which features BBNz Live label mate and Kumasi prodigy Kojo Cue is also enjoying massive rotation in some parts of the country.

“I think Akoo Nana is close to abnormal” – DKB