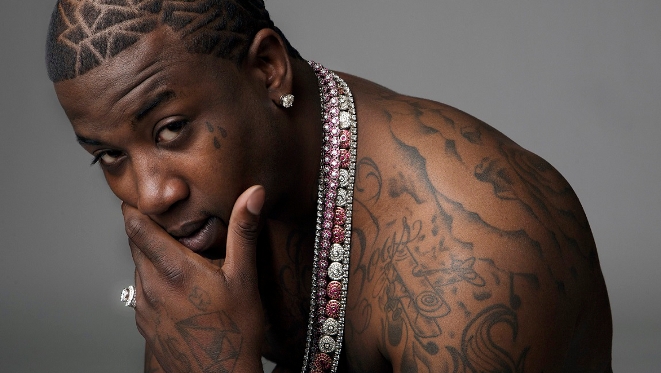 Gucci Mane could be heading back in the slammer. The rapper was arrested yesterday (March 27) over the assault of a soldier at the Harlem Nights club on March 16 and charged with aggravated assault with a weapon.

The soldier claims that he was celebrating his birthday in the VIP section of the Atlanta nightclub. When he approached Gucci Mane for a picture, he alleges he was struck on the head with a bottle of champagne.

Another man has also come forward claiming the 33-year-old punched him in the jaw on March 18 in Philadelphia.

In other Gucci Mane news, the rapper tweeted that he was dropping Waka Flocka Flame from his 1017 Bricksquad label a few weeks ago…well Waka dissed him right back during a Dipset reunion show, dropping “F*ck that n*gga Gucci, free my n*gga Boosie” during his performance of “848”.